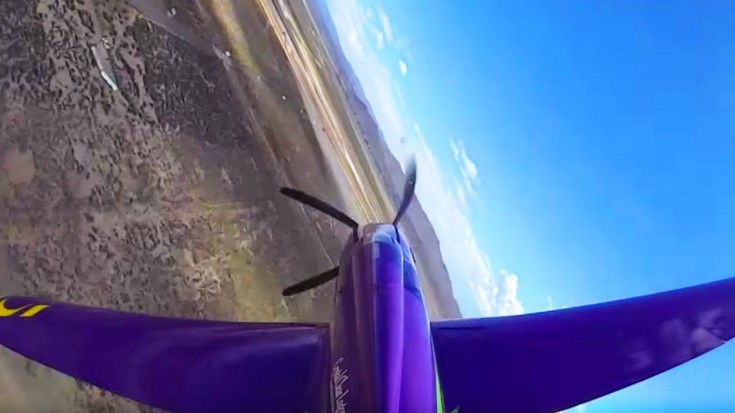 This Is An Awesome Perspective To Have Of This Air Racer.

Back in 2014, the Voodoo racing team decided to test out a new camera placement on their racer, attaching it to the tail of the plane. We’re sure glad they did.

With this perspective, you get the sensation of actually flying when you blow the footage up on a big screen. At 720p, the video is crisp and clear too, so the whole experience is pretty incredible.

Voodoo is a P-51D Mustang and was built in 1944 but never saw action during World War II.

Built in 1944, this Mustang was transferred to the Royal Canadian Air Force where she remained until 1951. Between 1951 and 1972, this ill fated warbird suffered three different crashes, but was luckily rebuilt each time.

The last crash left her airframe destroyed, but she was put back together over the next 8 years, making her first flight in 1988 when she started racing.

She then changed ownership over the next few years and eventually ended up at her current home with Bob Button and his team. With Steven Hinton Jr. behind the stick now, Voodoo and her team took home the 2013 and 2014 unlimited gold trophies. Now that’s a bounce back if you ever saw one.