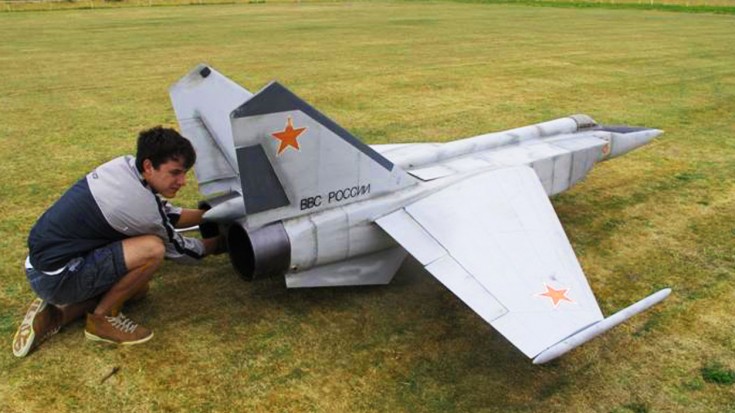 Couldn’t Be Smoother Though!

If you take into consideration that this Rc MiG 25 cost thousands of dollars, hundreds of hours of hard work, this was a maiden flight with high cross winds and other people including your dad were watching you, this might be considered one nerve-racking experience. Aside from that, it would be a great day of flying one of the finest jets ever made!

Clinton is 18 years old and he and his dad built this massive MiG 25 together. With a wingspan of almost 14 feet and weighing nearly 100 pounds, this certainly isn’t “some toy.” It takes serious skill to fly this baby and since Clinton grew up doing this sort of stuff, well, check out his landing and see his skills for yourself.

The Mikoyan-Gurevich MiG-25 is one of the fastest military interceptors ever built.

The father owns a hobby shop in New Zealand where he built this jet. It was completely custom made as he’ll say at the end of the flight, so he’s probably not going to release this as a kit. The man taping this did ask him whether he’ll help people who wish to do it and he stated that he’s got the molds and everything necessary to build it, so he’ll be glad to do so.

Well, he threw his son under the bus and said that’d he’ll do it! If you’re dying to get one of these, now you know where to go.