Expensive RC Japanese Zero Collides With RC Chopper- Who Was At Fault Though? 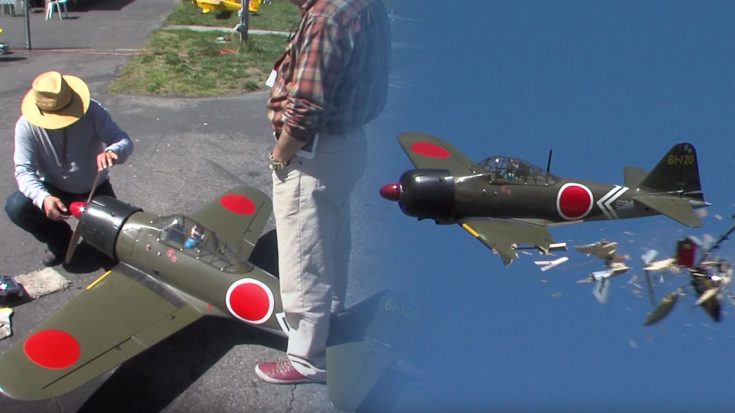 That’s Not Gonna Buff Right Out

It was flying beautifully, cutting through the air, approaching, slightly banking to the left, when suddenly the wing gets RIPPED apart by a wild electric helicopter that seems to pop out of nowhere…although it was probably doing its own thing and the Zero crashed into it LOL

Regardless, it’s pretty painful to watch but oh so awesome when it rams into the ground at speed…..POW!!! Obliterated!!!

This is the thing we’re a tad confused about…

We hear the Zero pilot call “Low-pass!”, but knowing there’s an RC chopper near the passing area, do you just truck through anyway?