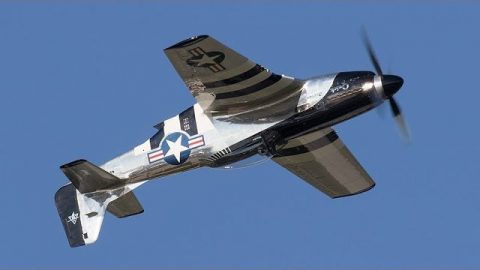 This P-51D Mustang will hook you right from the beginning.

What’s even more impressive about this plane is that it was built from over 200 Mustang parts and projects. Scott Yoak gave everyone something to talk about after this show, that’s for sure.

Before you watch it though, make sure you have your headphones on. You don’t wanna miss the sound of the Packard!