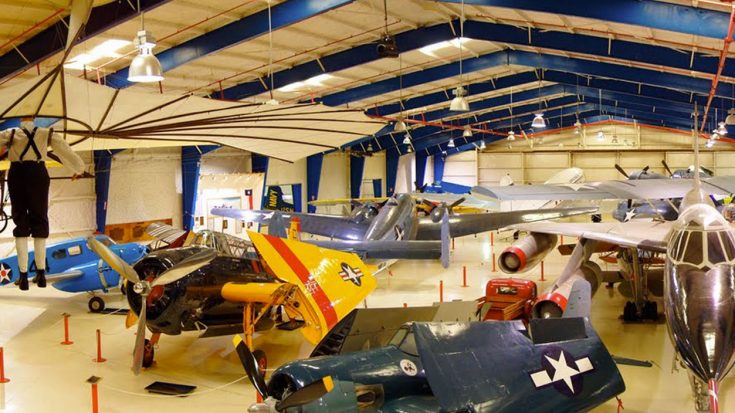 Hope All Is Well.

Hurricane Harvey made landfall in Houston, Texas over the weekend and caused an immense amount of flooding throughout the city and surrounding areas. Pictures of entire highways under water surfaced all over the internet, the flooding reaching the tops of overhead highway signs in some places. It’s estimated that over 450,000 people will seek federal aid after the storm passes and 30,000 will need emergency shelter. Things are looking grim.

Amid the areas affected are two significant museums which are of special interest to us. As of now, we have no word as to what, if any, damage they sustained.

One of them is USS Texas. The oldest battleship to become a permanent museum in the United States, her berth is at the San Jacinto Battleground right near Houston. USS Texas was commissioned in 1914 and served both during World War I & II. She earned five battle stars and was decommissioned in 1948. She was open to the public since then and served as a museum.

A significant warbird museum in Houston was also in the path of the hurricane Harvey. The Lone Star Flight Flight Museum is located 11551 Aerospace Ave., Houston, TX. It houses the following airworthy World War II planes:

They also house other static displays such as an A-26B Invader, F6F Hellcat, and other aircraft.

We have no idea what the extent of damage is in those parts and whether or not the museum was able to fly out any of the aircraft. The only thing we know for sure is that they typically update their Facebook page daily and have been silent since August 24th.

In the end however, these are just things as rare as they are. We just hope that the people in the area are keeping themselves safe first and foremost, and if they had the time to secure any of this historic equipment, then all the more power to them.