The WWII Plane That Could Ram The Enemy In A Dogfight 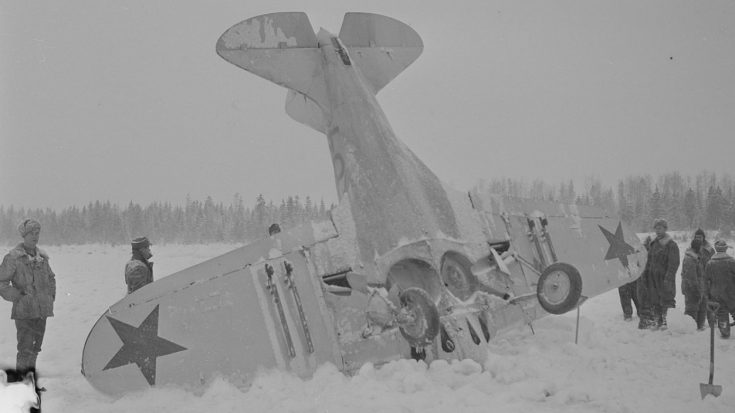 Take one look at the the Polikarpov I-16 fighter and you might be inlined to think, ” Hey, it’s kind of…cute.” But the stunted little Soviet fighter was a fierce first – the first monoplane with retractable landing gear and, when it first flew in 1933, it was the most advanced fighter in the world.

Here’s 6 fascinating facts about the “Ishak.”

The Polikarporpov I-16 earned a few fitting nicknames. “Ishak” means “donkey” in Russian. It also had two Spanish names, due to it being used in Spain in support of the Popular Front during the Spanish Revolution. The Nationalists called it “Rata” (rat) and the Republicans called it “Mosca” (fly).

5. Nikolai Nikolaevich Polikarpov’s Life Was On The Line

Nikolai Nikolaevich Polikarpov and other Soviet aircraft designers were under some serious pressure. The were accused and convicted of high crimes as a way to bring them together where they could be controlled. Polikapov first built the I-5 biplane which, fortunately, bought him some freedom. The I-5 eventually led to the I-16 in later years. Stalin was quite proud of it and allowed it to be shown at the 1935 air show in Milan.

Its almost toy-like appearance was because the designers wanted the plane to be as light as possible. So they made it it from wood and fabric (Soviet industry couldn’t handle metal production just yet) and gave it just shy of 20 feet in length. This made it very maneuverable, but also difficult to fly. It required seriously skilled pilots.

3. It Was A Flying Ramming Rod

Although it was the top fighter at the time time it first flew, that title was lost in a matter of months. By the time WWII was in full swing, the Ishak was majorly outclassed. But it still carried on. And if all else failed, pilots could use the little donkey to literally ram other planes. It was that sturdy.

2. Not The Engine That Was Promised

A big bummer for the I-16 was that it didn’t get the engine it was supposed to get – the imported Wright Cyclone engine. The contract simply wasn’t finished by the time the I-16 was ready, and they had to go with a less impressive domestic engine.

A group of six airworthy Ishaks were rebuilt from wrecks in New Zealand in the late 1990s. Those six are now in the possession of  various collectors worldwide, but thanks to their tricky machinery, they don’t take to the skies very often. Two more airworthy I-16s have been added since.

Check her out in the video below. She sounds, well…that’s definitely not a Merlin engine, but she’s still a pretty interesting plane!