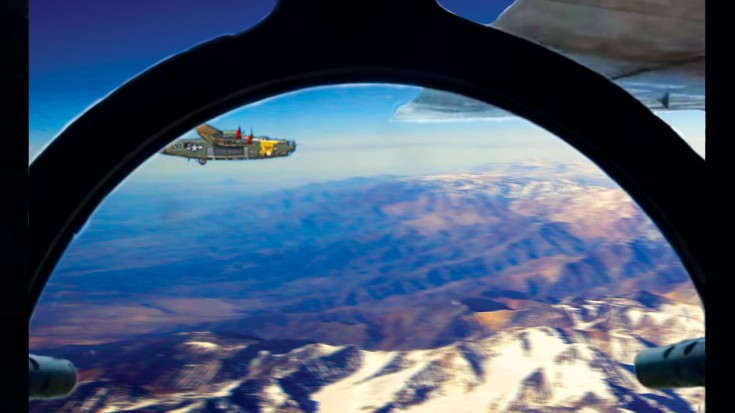 Can you even imagine being given the chance to not only sit in an authentic B-17 ball turret, but also fly in it as you swirl around? Well, a man by the name of Taigh Ramey got exactly that. What’s more, he actually captured his experience on camera so we can all enjoy it too!

This journey was made possible by the Collings Foundation. They operate an B-17 called the Nine-O-Nine which even you can fly in if you have the dough (all proceeds go of course to the maintenance of the aircraft.) Based in Texas, they have many aircraft at their museum, however, they do a special tour every year.

They tour over 100 cities every year as part of the Wings Of Freedom Flight Experiences, offering flights in not only the B-17 but also a B-24 Liberator, B-25 Mitchell and a two seater P-51 Mustang. We’ve included a link here if you want to check the schedule and the pricing. It’s really an experience worth having, trust us.

“Incidentally I am six foot four and 285 pounds of grace and beauty…despite all the rumors; you do not really have to be tiny.”- Taigh Ramey

As for the gentleman in the video, well, he got a VIP experience many of us unfortunately can’t get. From the description of the video, we’ve deduced that he knew one of the caretakers of the Nine-O-Nine, which is why he was able to ride in the turret.

What he said though was pretty eye opening. We’ve always thought that you had to be a tiny guy to fit in that thing, which apparently isn’t exactly true. “Yes”, the interior is small and “yes” it’s probably not the most comfortable place in the world. However, if a 6’4″, 285 lbs. guy says it he fit in there no problem and it wasn’t too uncomfortable, it means that an average guy shouldn’t have a problem doing so.