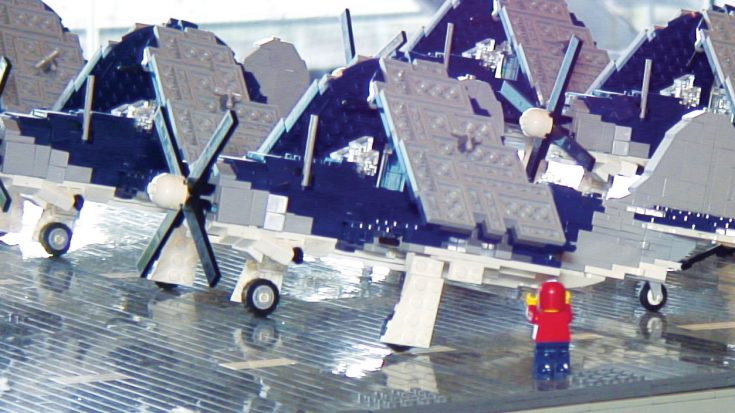 So maybe this is a little bit out of the norm for us as Lego isn’t really our cup of tea (sadly not anymore), but this video is most impressive. Well, not the video but the content of course.

Fun Fact: The USS Intrepid is also known as The Fighting “I”.

To pay homage to the ship and her crews, an artist by the name of Ed Diment built one out of Lego bricks. Take a look at the video to see how it looks but first check out these stats about it:

The only piece of information we couldn’t find is how long it took him to built this monster ship. If any of you know this bit of info, please send us a line on Facebook or in the comments section below so we can include it here. We’re really curious.

Sorry about the noise in the video by the way. We’re assuming there must have been a really big fan somewhere nearby, so that hum is a bit annoying. Either way, the build is really cool.