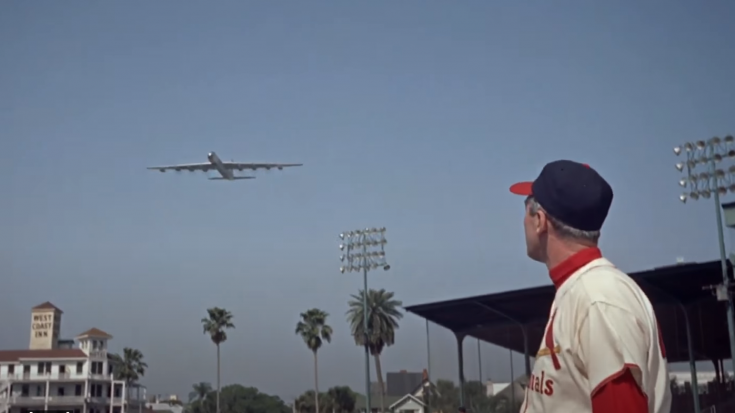 General James Stewart was a national treasure. His work in film and his patriotism during the war was what he was known for. Stewart was the first big American movie star who enlisted in the army during WWII. One of his movies is “Strategic Air Command” which won Best Motion Picture in 1955.

Watching the B-36 fly over the stadium earlier in the movie gives you goosebumps. Watching a B-36 must have been glorious back in the day. Notably, it was the first aircraft that could carry nuclear bombs without any modifications.

The last scene shows the newly built B-47 taking off. Most of the scenes featuring the B-47 were filmed at MacDill Air Force Base. Col. Holland, Stewart’s character in the film, was in awe at the sight of the B-47. It must have been a shock to see the developments that the B-47 made when compared to the B-36.