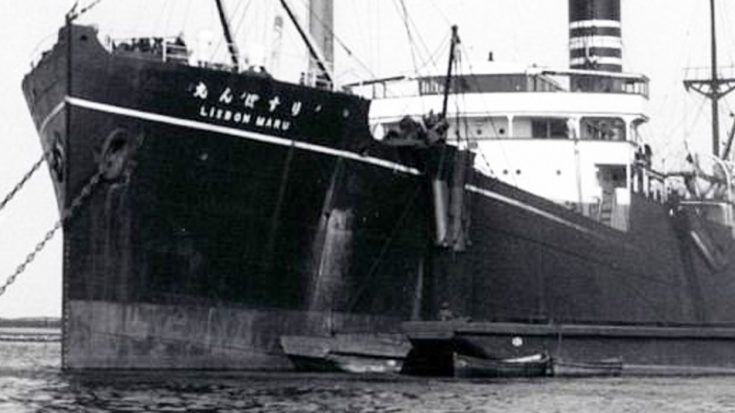 75 years ago a Japanese freighter known as the Lisbon Maru was sunk after being torpedoed by a US submarine. The loss of an enemy ship shouldn’t be much cause for concern however, it was carrying 1800 British prisoners of war. Now the wreckage of the Lisbon Maru has been located with a plan for salvaging, but the last living survivor of the incident has some harsh words.

97-year-old Dennis Morley is the last living survivor of the attack on the Lisbon Maru, he has been through hell and back. When the ship began to sink Japanese kept the prisoners locked away to drown and the ones that did escape were shot in the water by guards. It was a horrific scene that resulted in 820 British men going down with the ship.

Following the discovery of the Lisbon Maru, plans were announced by Chinese Businessman Fang Li to dredge up the sunken freighter. However, the idea of bringing back a ship with 820 bodies entombed with did not sit well with Dennis Morley.

“It’s a war grave and that should be left.”

Fang Li claims he wants to send the British soldiers home, but Morley simply wants to see them given the respect they deserve. After escaping from the hell that was the Lisbon Maru, Morley spend the remainder of WWII in a Japanese POW camp in Kobe. Though Morley’s words did not fall on deaf ears, it is not known yet if a salvage operation will commence.

“Of course, everyone has to respect the family wishes.”

Where do you stand on the issue?