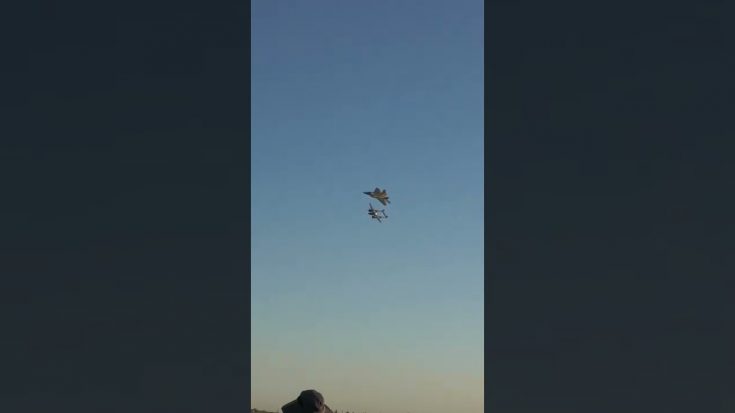 An F-22 Raptor and a P-38 Lightning was seen flying together during the CC Airshow. The flyover was part of the Heritage Flight to honor the US Air Force’s many accomplishments in aviation history.

The Lightning was used during WWII in various aerial combat roles such as a fighter-bomber, escort fighter, reconnaissance, and even as a night fighter. Meanwhile, the F-22 Raptor was introduced just 17 years ago and is still in service today. The twin-engined stealth fighter was designed to achieve air superiority with ground attack, electronic warfare, and signals intelligence capabilities.

These two fighters will live on in history as one of the best aircraft the US Air Force ever operated. Watch the two fly in sync in the video below.