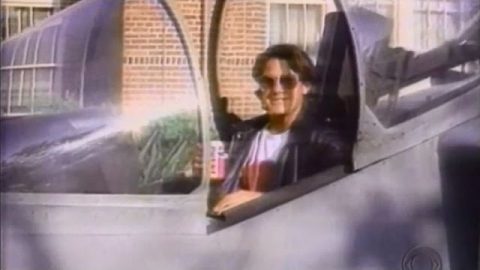 A commercial by Pepsi claimed that viewers could redeem an AV-8 Harrier Jet for 7,00,000 Pepsi points. This caught the attention of 21-year-old Business student, John Leonard. He quickly thought of a way to get his own Harrier by exploiting the system.

There’s only one problem – the ad was meant to be a joke. According to John Leonard, the ad didn’t have any disclaimers! Therefore, he had the right to claim the jet if he had those points.

Leonard didn’t collect the points but he sent a check for $700,008.50. He had 15 points before, then paid 10 cents for the remaining points with the help of other businessmen. Pepsi took him to court after receiving the offer.

Results of the Hearing

The court sided with Pepsi, citing that the ad didn’t offer the jet, just advertised it. But if there was an offer, it was mere puffery. Leonard was denied the jet in the end.

Pepsi still aired the commercial but increased it to 700 million points. They finally added a “Just Kidding” disclaimer in the end.