Flight Footage Of The Oddest Looking, Yet Extremely Efficient Plane Ever Made 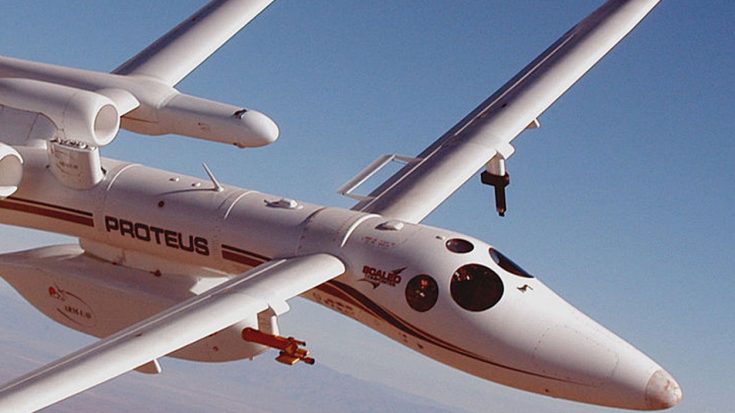 It’s Good To Be Weird.

The official name of this plane is Scaled Composite Model 281 Proteus. As a fun fact for those of you who don’t know, Proteus was an “oracular Old Man of the Sea and herdsman of the sea-beasts” in Homer’s Odyssey. The name is quite romantic if we may say so ourselves.

As for the build, it’s an experimental aircraft that was built by a company that is now owned by Northrup Grumman, the makers of some of your favorite World War II Navy planes, among others. NASA also dabbled in this project, assisting in making the autopilot system that replaced the need of having a pilot and copilot in the cockpit (optional.)

Proteus shattered a world record in October 2000 by reaching 63,245 feet, the highest altitude reached by any aircraft in its class.

The whole aircraft is made of a mix of graphite and epoxy and was developed to see how planes would fare as telecommunication relays. That’s why it was made out of ultralight materials. To show you how efficient it really is, it orbited a point continuously for 18 hours at an altitude of over 63,000 feet.

Only one example of this plane was built. Check it out in flight below.