Frozen Remains Of The Kee Bird – How Does The Massive B-29 Look Decades After The Disaster? 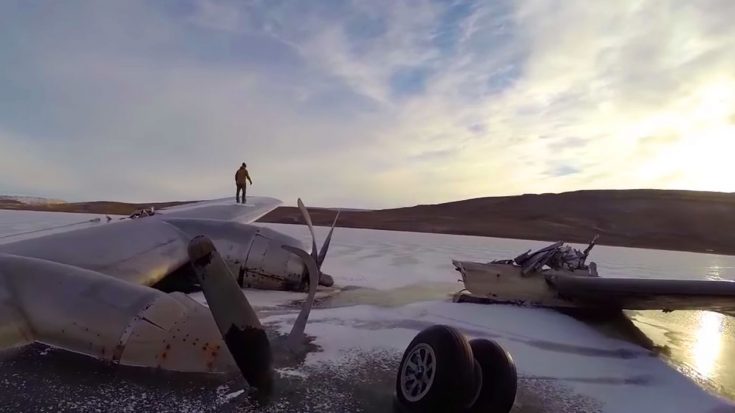 The story of the Kee Bird is one that still strikes a painful nerve for many warbird enthusiasts. After being frozen in ice for nearly 50 years the legendary B-29 had a real chance to fly again. But sadly that dream ended up as another nightmare, no doubt she has had better days so how it the Kee Bird looking these days?

The Kee Bird was once a proud B-29 Superfortress serving the United States Army Air Force. Sadly while flying over Greenland, the massive bomber was forced to make an emergency landing and became frozen in ice. Nearly half a century later a team put out an effort to rescue the Kee Bird from its frozen tomb and restore it to flying condition.

Teams worked tirelessly in a race against time to restore the Kee Bird before weather conditioned worsed. Months of restoration efforts worked wonders on the aging B-29 and it was ready to fly again. As they taxied the plane on a crude runway in preparation for takeoff a serious problem occurred. The B-29’s auxiliary power unit began to leak fuel and soon the plane caught fire. Despite their best efforts to control the inferno, the Kee Bird went up in flames and they crews were forced to watch in agony.

It has been well over 20 years since that sad incident occurred and although the Kee Bird probably won’t fly ever again, she does make a cool tourist destination. Check out these explorers as they pay the remains of the Kee Bird a visit in Greenland.