India To Snag 24 Of Our Newest Helicopters For A Cool $2.6 Billion 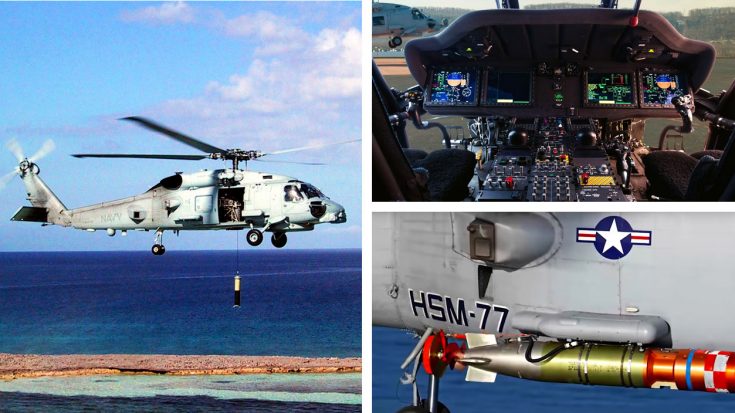 Let’s face it. The United States is the leader in defense technology, making products that are highly desirable around the world. With companies such as Boeing, Lockheed Martin, Sikorsky and many others leading the charge on the next big thing, other countries have relied on what they come up with and simply buy them outright without doing any development themselves.

US approves £2bn sale of WAR HELICOPTERS to India despite growing TENSIONS with Pakistanhttps://t.co/Yd3qQuaE5S pic.twitter.com/ppZE71TogW

On April 2nd, 2019, one of our allies, India, has come through on the deal made in August of 2018 and purchased 24 MH-60Rs for their Defense Ministry. These aircraft are specifically designed for submarine hunting missions and include the LAMPS Mark III Block II upgrade which has a slew of specialized radar options. As a submarine hunter, it’s also equipped with  Mk54 air-launched torpedos for underwater jobs and Hellfire missiles in case approached by an aerial threat.

The State Department released a statement saying, “This proposed sale will support the foreign policy and national security of the United States by helping to strengthen the US-Indian strategic relationship and to improve the security of a major defensive partner,” which helps the United States look after the Indo-Pacific and South Asian region.

The $2.6 billion price tag will not only include 24 MH60Rs but also spare parts for future maintenance. You can see the full report in the video below.