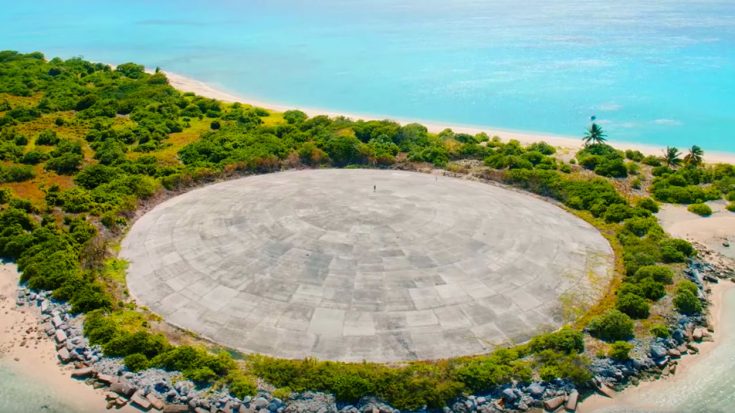 A giant dome-shaped structure is an unusual sight to see on a remote Pacific Island but it does serve a purpose. Following the nuclear weapons testing program at the Bikini Atoll and the Marshall Islands, the United States Military had an unforeseen amount of nuclear waste to clean up. Now facing plutonium contaminating the environment they sought a solution, in the form of a giant concrete dome 18-inches thick to house the radioactive materials. But there bigger problems, the dome is cracking and the water levels are rising.

“The dome was only meant to be a temporary solution until the US came up with a permanent plan. Instead, it was a shoddy cost-cutting exercise.” 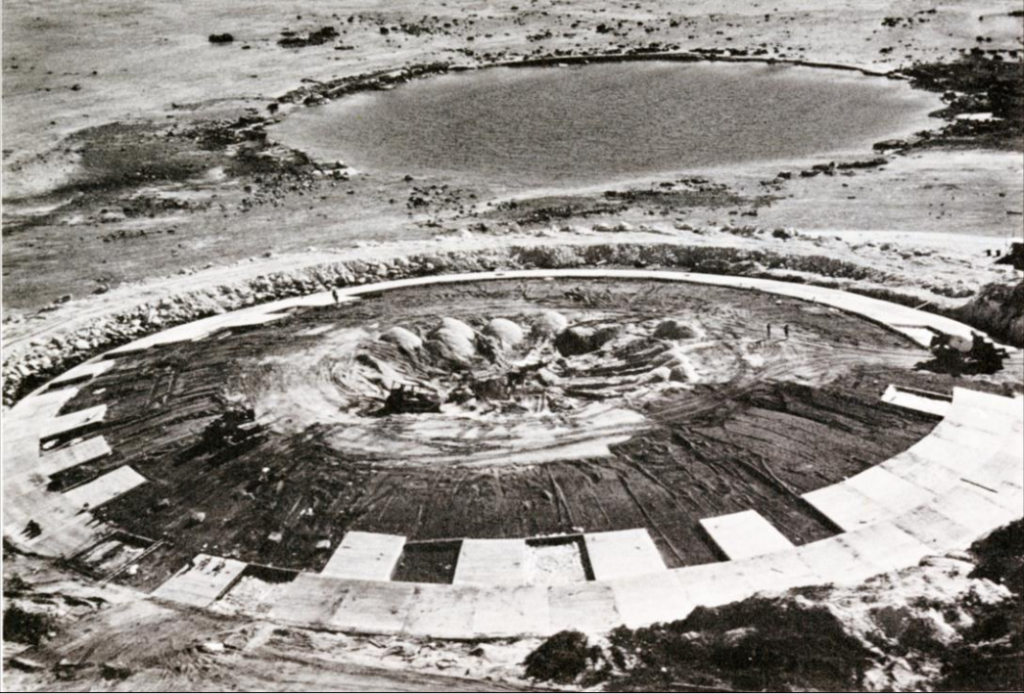 The inhabitants of many neighboring islands have been forced to flee their homes due to the radioactive contamination surrounding the areas. Now with the dome at risk of erosion and flooding the entire Pacific Ocean is threatened by radioactive waste if it concrete is penetrated.