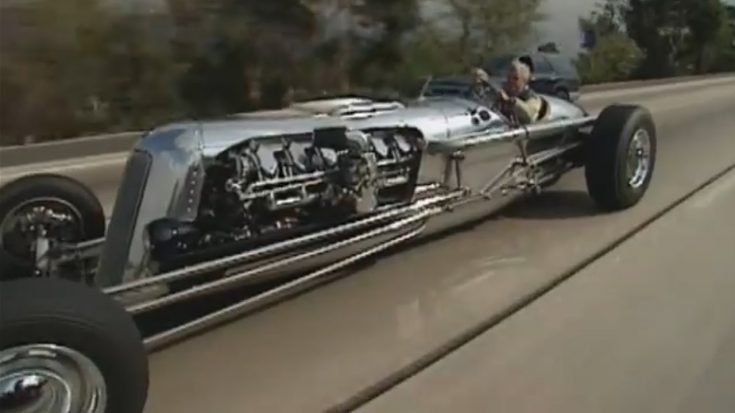 Take a look at what Jay Leno has in his garage. It is a 20ft long behemoth of a car that is almost as wide as a lane. The “Blastolene Special” as some might call it, has another more recognizable name, the “Tank Car”.

What makes this car special is its engine. The engine came from an M47 Patton tank. It is a 2000lb beast that can put out 810hp and 1590 lb-ft of torque. It also has a giant Stromberg carburetor on the side.

After purchasing it, Leno had to make a lot of changes to make it roadworthy. Rear brakes, a new gearbox, chassis repairs – he really wanted to make this one work.