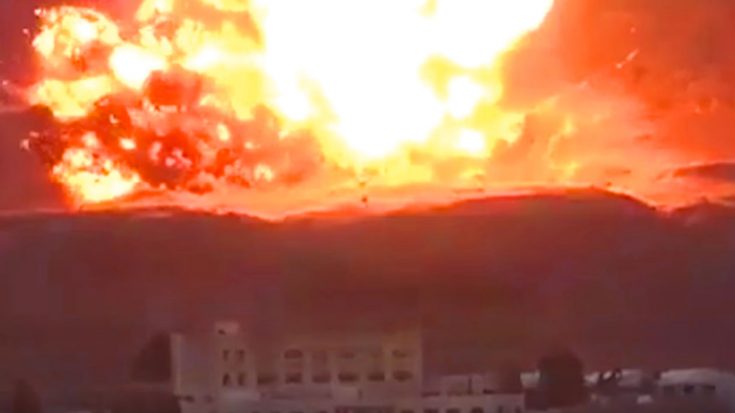 It was the blast that shook the world and also very unlucky hillside in Yemen. A little while back bombs were dropped on an ammunition depot outside of a city in Yemen with destructive results. The decision to attack this location was met with an outcry from the public, but in reality, it is a better solution to the problem because the blast eliminates the potential for more terrorist activity.

“The air strike set off huge explosions that sent debris crashing into a residential area at the foot of the mountain. At least 69 people have been killed and 250 others wounded by the explosions.”

The blast was certainly talked about quite a bit, but not many people have seen the actual detonation. One of the locals in the nearby city has his camera ready when the blast went off, so this might just be the only existing footage of the explosion. I have to warn you, the film is a little shaky, but it’s hard not to when you’re in the middle of blast that big.