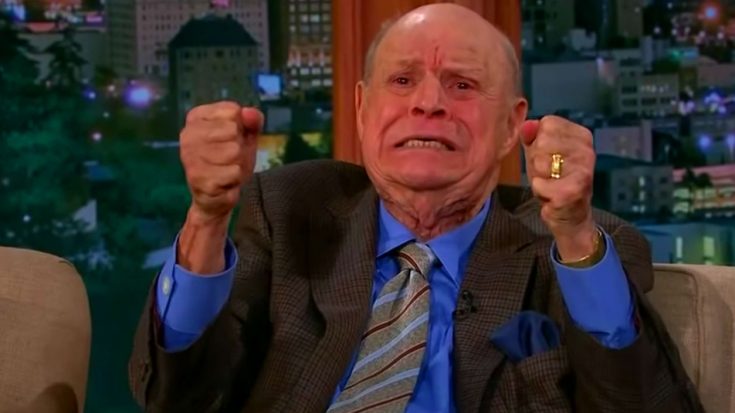 Recently the world lost a comedy icon as Don Rickles passed away at age 90. The insult comic was often known as “The Merchant of Venom” and poked fun at just about everyone and everything. He will be remembered for his keen sense of humor, but not a lot of people know that he actually served in World War II.

Rickles was enlisted in the United States Navy during WWII and served as seaman first class. He was sent to the Philipines where he operated 20mm guns aboard the motor torpedo boat USS Cyrene.

“Hoping to get a role in the Special Services unit as an entertainer, Rickles was instead enlisted as a Seaman First Class. Rickles served his country for two years on the USS Cyrene before being honorably discharged in 1946. While he may not have had the opportunity to entertain on stage, Rickles definitely entertained his fellow sailors onboard the ship.”

During those two years, he had quite a few stories to tell about his time as a gunner against the Japanese. Don Rickles was taken from us way too soon, thanks for the laughs and for your service to our country. You can hear his hilarious WWII stories in this clip.