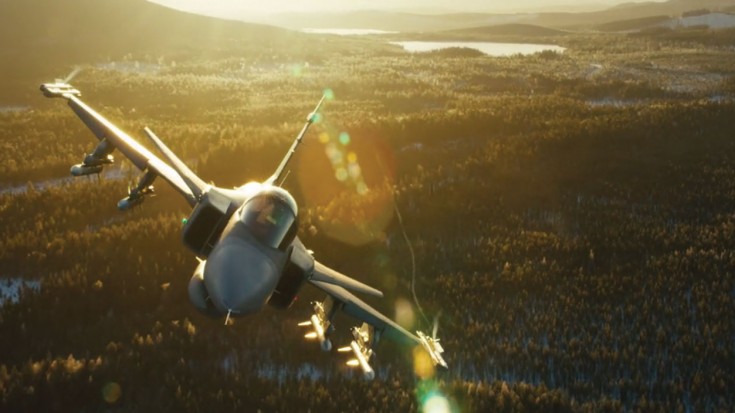 This is one of the most beautiful pieces of arial cinematography we’ve ever seen. The only thing that’d would make it better, and this is an opinion, is using that shiny new equipment to film some World War II birds like Corsairs of Thunderbolts. Hey, maybe someday.

As for this footage, it’s a promotional video for Saab. Yes, the company that makes those cars you see around here and there, but we found out something pretty neat. They’re actually a defense contractor as well and in 1997, they introduced a new plane for the Swedish, South African, Czech and Hungarian air forces. It’s called Gripen, or “griffin” in English.

Now that you know what you’ll be looking at, here’s the kicker. Saab apprached a Swedish aerial specialist, Peter Degerfeldt, to devise a way to be able to shoot crystal clear footage of their plane at over 300 knots.

A seasoned videographer, Degerfeldt rigged his equipment in such a way that he made it possible. Going into the details would be boring for you folks, but here’s the important part. His cameras shoot in 6K (extremely high quality) but were always mounted on helicopters which go about 125 to 135 knots.

That’s all well and good, but that always restricted their filmmaking to having planes perform at near stall speeds. This in turn makes them less maneuverable and sluggish looking, so Saabs request did in fact produce a really fluid looking video.

Check it out an see for yourself and notice the every movement of this plane. Spectacular!