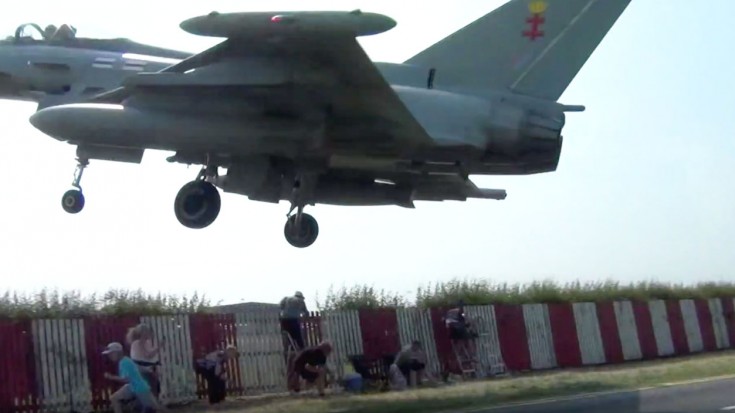 Playing A Game Of How Low Can You Go!

Being buzzed by our favorite plane is always an amazing feeling, but certain places around the world offer better experiences than others. For almost two decades, 150,000 people a year chose to go to the Waddinton International Air Show in England, one of the most prestigious aircraft gatherings in Europe.

“The RAF has been conducting a review of its air show commitments and it can now be announced that, as a consequence of significant increased security concerns and operational risks, an air show will no longer be held at RAF Waddington.”-RAF Spokesperson

Proudly sponsored by the Royal Air Force in association with Northrop Grumman, this show offered anything from the most modern jets like the F-22s to B-17s and Avro Lancasters. There was something for everyone at the airshow because of the diversity of the aircraft, however, one thing was always the best.

There are countless approaches and landings of airplanes on the internet specifically from Woddington, as the runway is close to the road. It’s common practice for spectators to stand by the fence to get buzzed and typically the pilots get nice and low just for extra effect too!

These days are over as of September 15, 2015 however. With over £35 million needed to rebuild the runway to increase safety, the organization simply did not have the money to do so. With so many people disappointed, the RAF plans to continue the show at RAF Scampton, but it wouldn’t be the same.