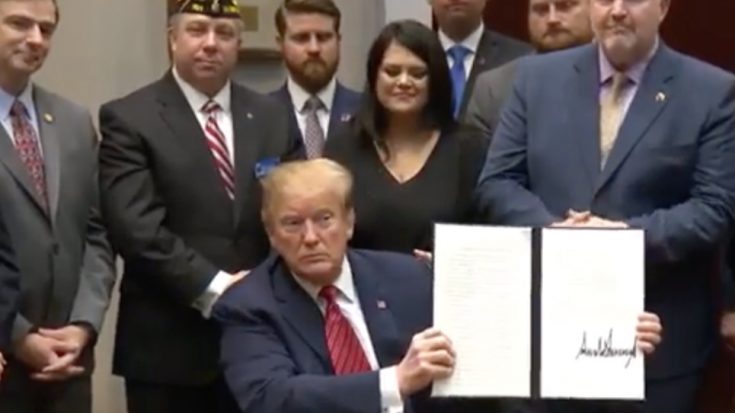 PREVENTS Is For Veterans

There’s a new initiative on the block. It’s called PREVENTS – the President’s Roadmap to Empower Veterans and End a National Tragedy of Suicide. The executive order, signed Tuesday March 5, establishes a task force completely dedicated to improving quality of life for U.S. veterans.

“We will not rest until all of America’s great veterans receive the care they’ve earned through their incredible service and sacrifice to our country.”

An estimated 20 veterans take their life each day in the United States. 70% of them have no or very little contact with the federal veteran system. At the same time, the Departments of Defense, Veterans Affairs, and Homeland Security have a wealth of information about traumatic brain injury, PTSD, and mental health issues. Veterans and the help they could have are just not connecting.

So here’s what the initiative has planned:

A Major Step on A Hard Road Ahead

PREVENTS, headed by Veterans Affairs Secretary Robert Wilkie, has one year to flesh out its development plans. It follows on the heels of the VA MISSION Act, the veteran healthcare act President Trump signed in 2018. The new plan looks like it’s got some good backing – $73.1 billion in funding, to be exact.

This “national call to action” is a major step towards getting getting veterans the help they deserve. As Sarah Velardo, chief executive officer says:

“We owe it to them to ensure they are not forgotten upon their return home. They may have returned from the battlefield, but their war is not over. For many, their true battle begins when their purpose in the military ends.”