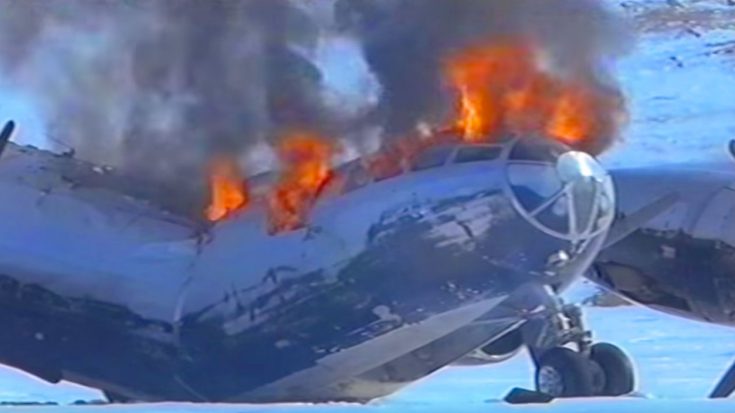 Song Of Ice And Fire.

So close, yet so far. It was known as the Kee Bird, a Boeing B-29 Superfortress that crash-landed in Greenland in 1947 during a reconnaissance mission. She sat on the ice for almost 50 years, until a restoration crew decided to bring it out but things didn’t go as planned.

After hearing the tragedy of the Kee Bird’s crash landing, test pilot Darryl Greenamyer took it upon himself to recover the downed bomber. In 1995, Greenamyer brought a restoration team to Greenland to bring the frozen B-29 back to flying condition. The team worked tirelessly installing new engines, new propellers and repairing damage to the underbelly. Fortunately, the B-29 was still in one piece after the crash so the restoration could bring it into the air.

In May 1995 after much work, the Kee Bird was deemed ready to fly after successful engine tests. They cleared a runway for the massive bomber using a bulldozer, it started taxiing when things started to go south. Smoke began belching from the cabin after problems occurred with the APU in the year. Greenamyer and his crew could only stand there in absolute misery as all of their hard work went up in flames.

The incident was documented in the series NOVA from PBS. It’s painful to watch them put in all that effort just to see it burn, but here is the clip.