Rare Footage Of A B-1 Dropping Live Cluster Bombs On Targets-Just Devastating! 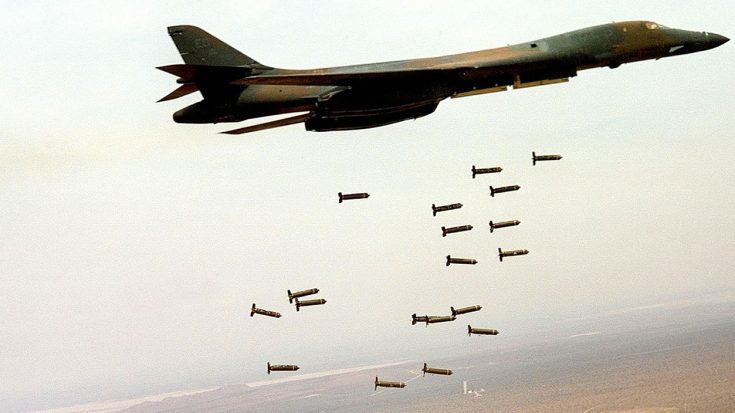 When You Need Everything To Die. Twice.

The good ol’ Bone. For those of you who don’t know this, and we’re assuming it’s not many of you, Bone is the nickname given to the B-1 Lancer. B-One. Get it?

Anywho, we just found this footage from what might be a training exercise, but it’s the first time we’ve actually seen a video of these aggressive looking bombers doing what they were supposed to do. Bomb the crap out of something. Sure, it might stationary surplus equipment on the ground such as here but still, a pretty impressive sight to see.

B-1 bombers have an even higher payload capablitiy of the B-52 Stratofortress. They can load up up to 120,000 pound of ordnance.

You at least get to see what you came here to see though, so all is good.