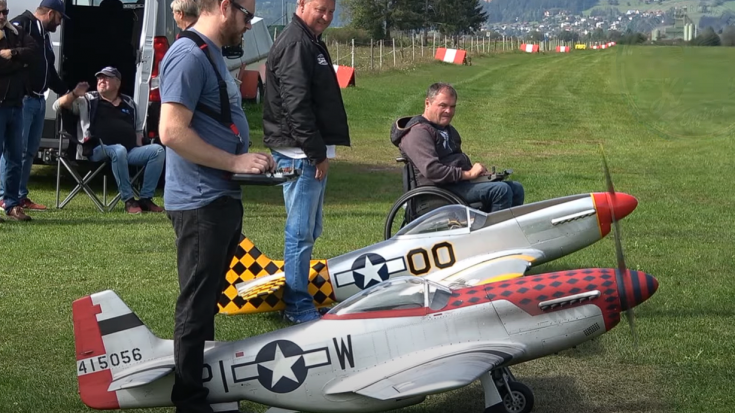 Two remote-controlled P-51Ds with almost-similar designs gave an impressive show during the Warbird Meetup at Timmersdorf, Austria. Aside from the excellent paint job, these two Mustangs sound incredibly amazing when their engines are running.

The 1/4 scale models weigh almost 52lbs and are powered by 3-cylinder KOLM engines. IL150-3s are famous among RC warbird enthusiasts. These V4 inline engines support models up to 55lbs and are available in long and short versions.

During the demonstration flight, the pair trailed each other, did a couple of barrel rolls, and performed low passes with the breathtaking landscape in the background.

The combination of the Mustangs’ design, the sound of the engines, the exceptional flying skills, and the backdrop make this video a worthwhile watch.

Don’t forget to check it out below!