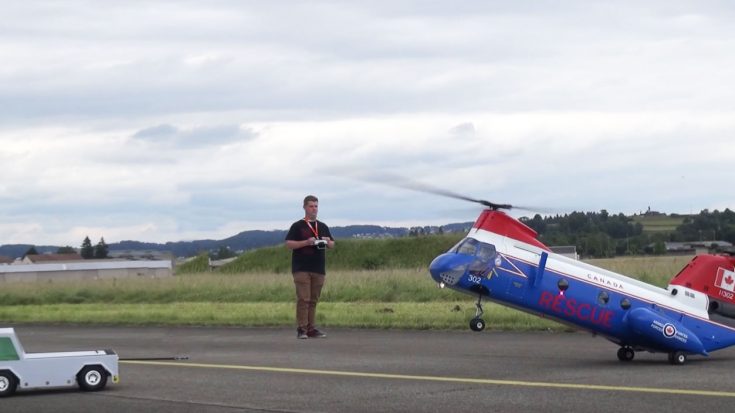 He Really Is That Good.

It’s not every day you see a really nice Rc plane or helicopter, as making one that big and detailed is really an art form. If you do, what are the odds that the pilot will be incredible at what he does? It turns out it’s pretty likely.

It makes sense though. If someone is going to spend a year building something, not to mention thousands of dollars, they better know how to fly. If not, that’s a quick way to lose all that you worked so hard for.

Although it looks like a CH-47 Chinook, this is a Labrador which was produced for the Royal Canadian Air Force.

The guy in this video, however, is spectacular. We don’t say that lightly either. We’ve seen plenty of videos where people have really expensive Rcs and destroy them and/or fly them like amateurs. This dude though is something else.

He actually flies his helicopter to the standards of a real aviator. Ok, we’re not getting ahead of ourselves and do realize that it’s not a real heli, but check it out for yourself. He even makes it bow at the end for crying out loud.