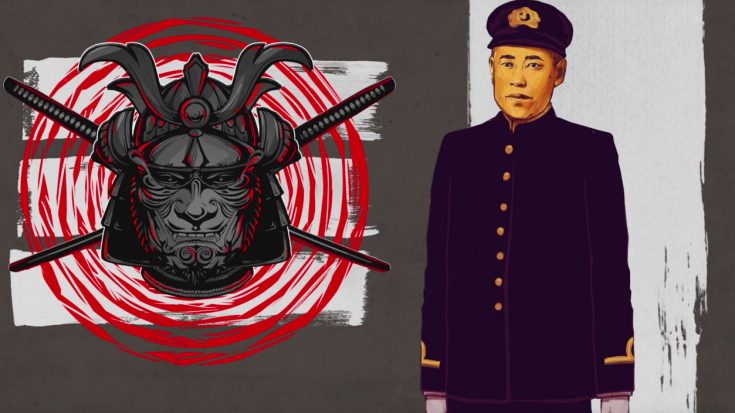 Admiral Isoroku Yamamoto was one of the more prominent members of the Imperial Japanese Navy during World War II. He had many accomplishments such as restructuring the naval fleet, introducing aircraft carriers and even orchestrating the attack on Pearl Harbor. A lesser known fact about the infamous military mastermind was that his views were actually shaped by his time in the United States.

Isoroku Yamamoto graduated from the Imperial Japanese Naval academy and quickly rose through the ranks after serving in the Russo-Japanese war. He later attended Harvard University where he learned to speak fluently and further his studies of American culture. Yamato became a dedicated poker player, made a living through gambling and used those earners to travel the country. While hitchhiking across the country he became very familiar with oil production and the industrialization of America that provided its strength.

“Anyone who has seen the auto factories in Detroit and the oil fields in Texas knows that Japan lacks the national power for a naval race with America.”

– Isoroku Yamamoto (During his travels in America)

Despite his proven track record as a military strategist the greatest lesson he learned in the United States, was that their military couldn’t be defeated. Yamamoto was strongly opposed to an attack on the United States because he knew it was a fight that Imperial Japan couldn’t win. He strongly urged the leadership of Japan against an alliance with Nazi Germany, which would earn him death threats from his peers.

Thinking back on the oil fields in Texas he saw during his travels made him extremely cautious because he knew that 80% of Japan’s oil imports were from Allied territories. Admiral Yamamoto knew that Japan simply did not have the resources to fight a prolonged war against the well-supplied forces of the United States. He reluctantly prepared the strategy to hit the American forces quickly and sue for peace to avoid a lengthy battle. But as history shows, Yamamoto knew his enemy better than the rest of Imperial Japan and the assault on Pearl Harbor would be their undoing.

“I fear all we have done is to awaken a sleeping giant and fill him with a terrible resolve.”