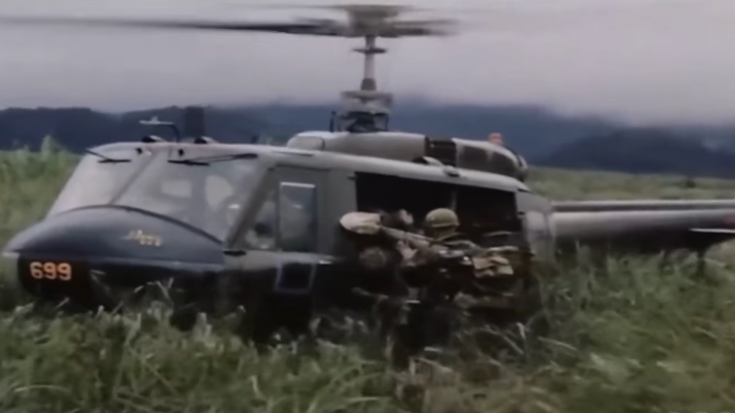 Some Of The Best Helo Pilots Out There.

This post might be a bit nostalgic for some of you. It could bring back some bitter sweet moments for those of you who served in Vietnam and for those of you who haven’t, this will remind you of all the movies you’ve seen of the conflict and grew up on. There is definitely a major correlation between the music of the that era and the war, something that will bring you back to that place in time once you watch this.

A Youtube uploader by the name of A388 made this excellent montage from footage he found around the web. The video is about 5 minutes long, as long as Rolling Stones’ “Gimme Shelter.” For some reason (might be the media and of course Hollywood), these visuals go perfect with this song. Take a look and tell us we’re wrong.

Just so you know, this doesn’t show any gun camera footage or hot engagements. It’s just Hueys and their pilots doing what they did best. Dropped their troops off in really hostile, hard to reach places and picked them up from the same environments. Troops could always count on these birds.

These men (some of them boys actually) saved plenty of lives without regard for their own. For those of you who were there, you know what we’re talking about.