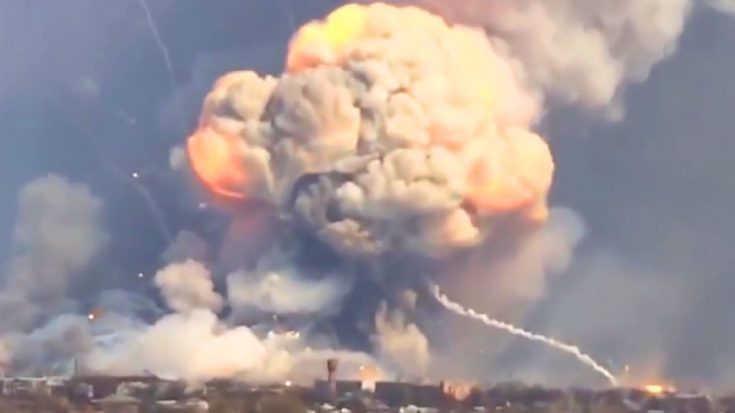 The use of drones in military warfare is a controversial topic since their introduction. On one side of the coin, there are those who claim that drones are inaccurate and are taking away work from highly trained pilots. While the other side shows that drones keep pilots out of harm’s way and are a cheaper alternative. Whatever your thoughts are on drones be them good or bad, every once in a while they have been known to score some lucky shots.

Recently a single drone caused a billion dollars worth of damage by blowing up a Ukranian ammunition depot. The drone completed the sabotage of the facility by flying in with a single thermite grenade. The grenade managed to set off a chain reaction of explosions that could be seen over the horizon.

One of the nearby residents managed to catch the massive explosions on film. So if you want to see what a single lucky shot can do you are in for a treat. This must be what Luke Skywalker felt like when he blew up the Death Star.