WWII Battleship Created From 71,000 Matches- The Details Are Stunning 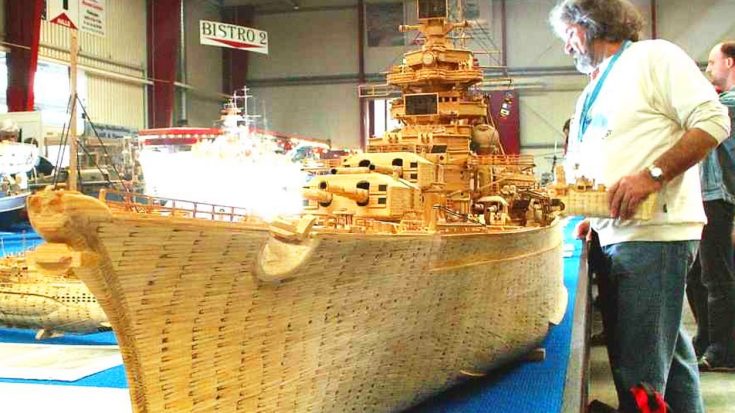 Just when you thought you’ve seen everything there is to see, the internet surprises you yet again. While doing some research online, we stumbled across this Chinese site and saw one of the most skillfully crafted battleships we’ve ever seen.

The incredible thing was, it was made with matchsticks. Yes, the whole thing is made of matchsticks. Not only that (and the pictures below will prove it,) it’s intricately detailed. From the turrets to the bridge, no detail was omitted. Unfortunately, we couldn’t find any information about who built this and how long it took, the latter question being the most interesting.

As for the ship itself, it was one of the pride and joys of Nazi Germany. Launched in 1939, this ship was over 800 feet long and had over 2,000 men running her. After her initial testing, she was stationed in Norway where she remained until her demise. You can see a picture of it below.

Here are some closeups of this matchstick wonder. 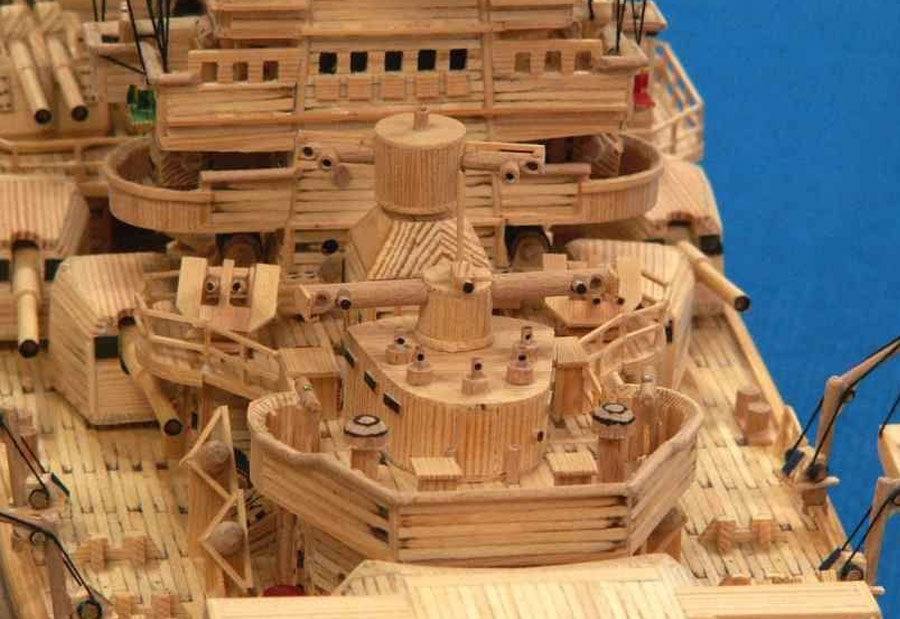 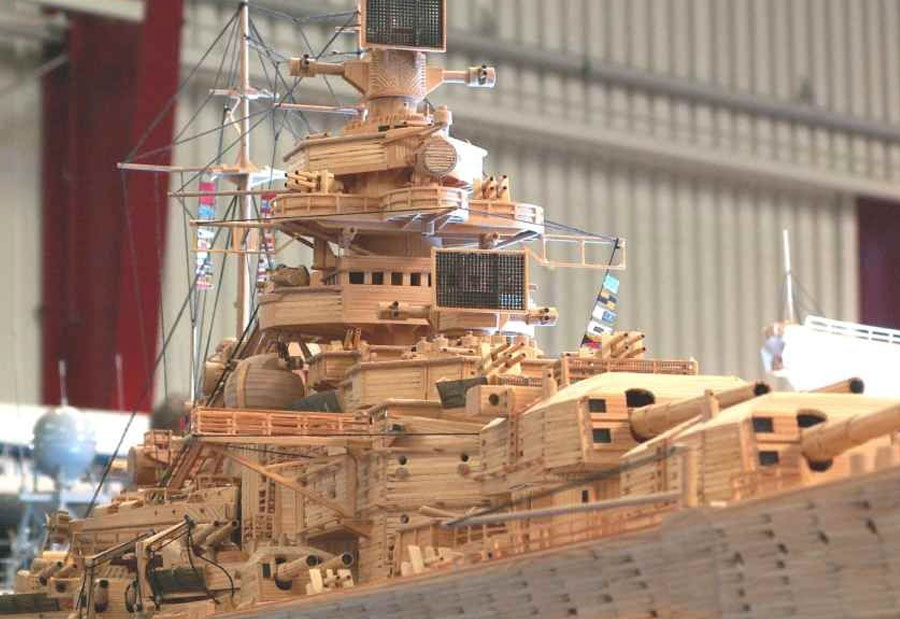 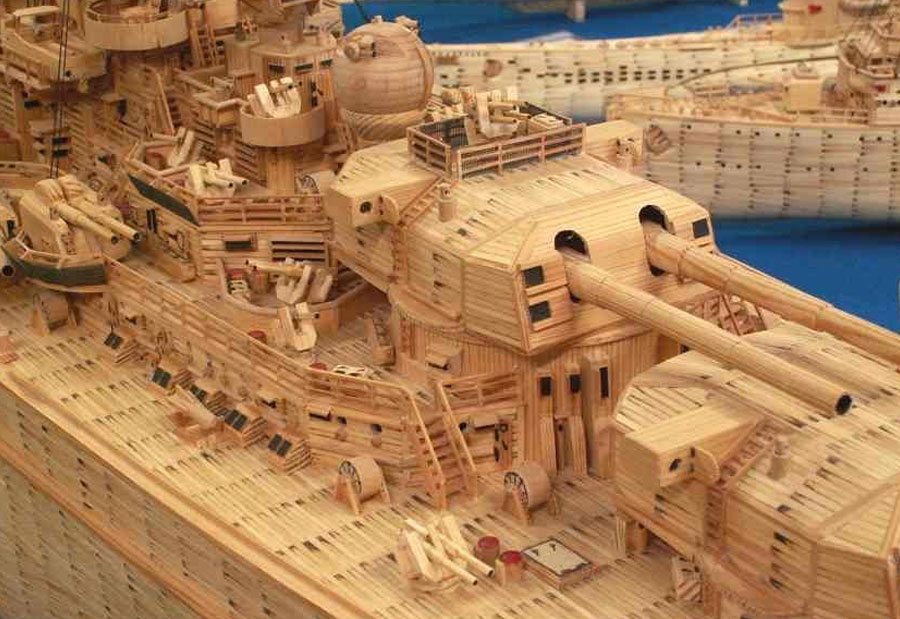 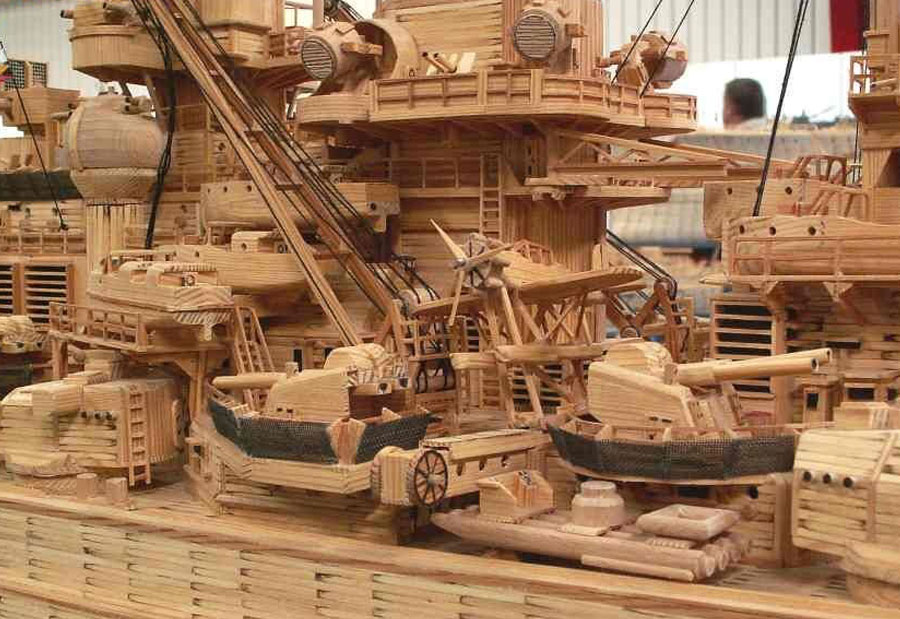 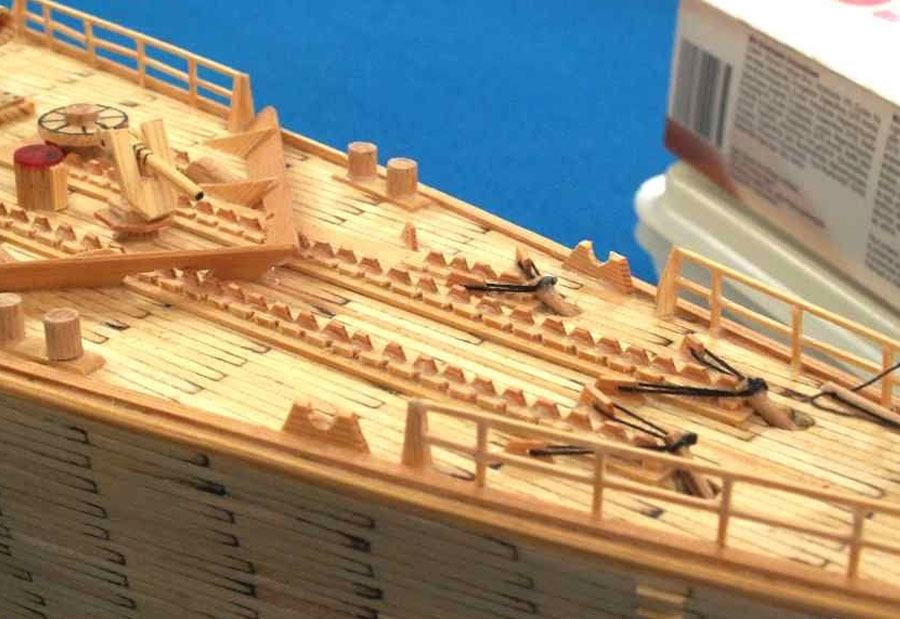 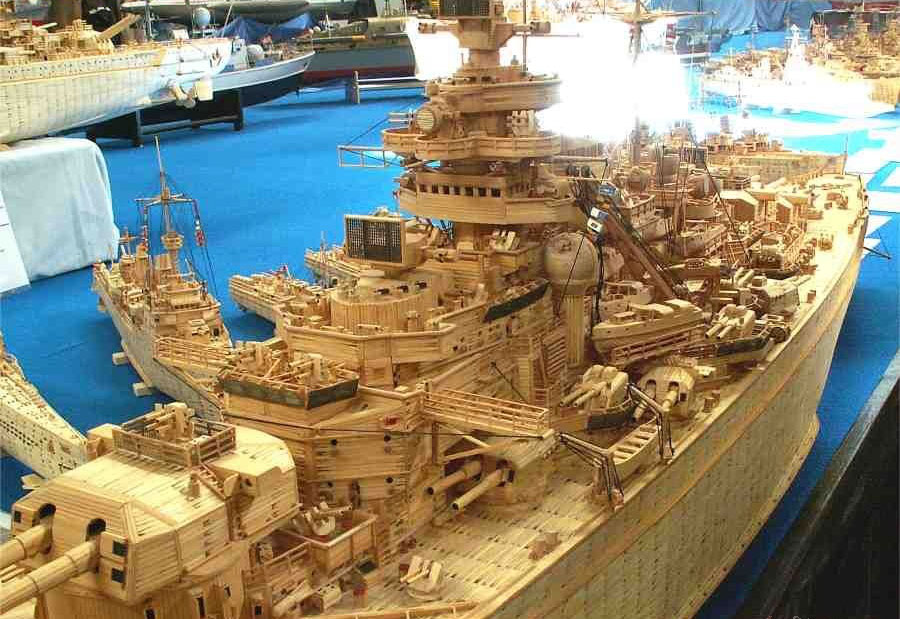 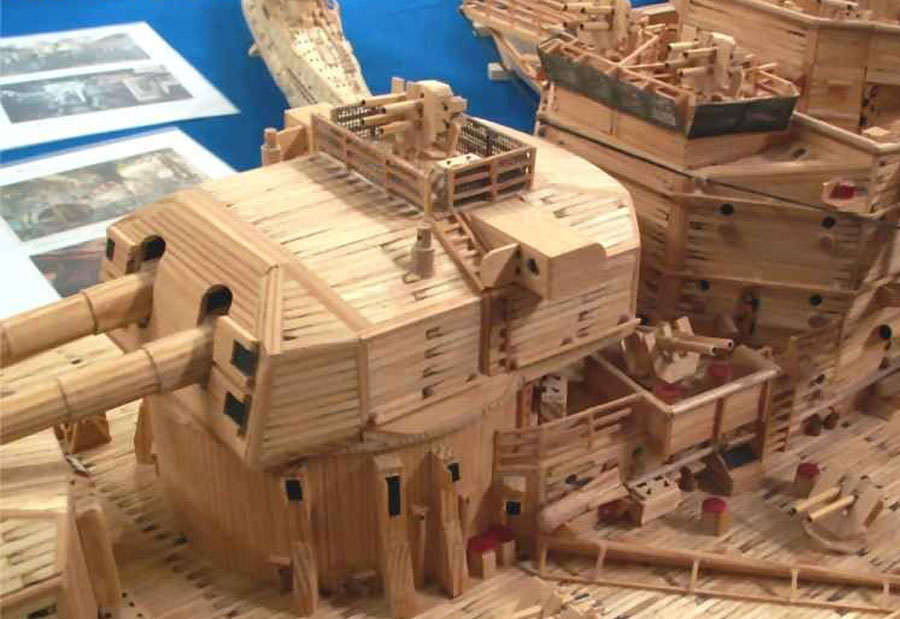 In the end though, she ended up at the bottom of the sea when 32 Lancasters dropped 29 bombs on it scoring two direct hits in 1944. She turned over within an hour, taking with her anywhere between 950 to 1,204 sailors.