The Fastest WWII Prop Plane You Probably Didn’t Know About 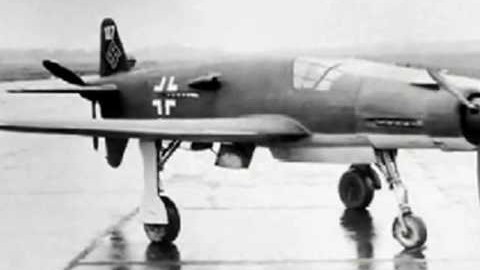 This Heavy Fighter Was Unique In Its Design

During World War II, Nazi Germany certainly pushed the boundaries of aviation. Their Messerschmitt Bf 109 was the first truly modern fighter that stood out from the previously designed biplanes. Towards the end of the war, Me 262s came out of Germany as well, being the first operational jet fighters in the world. To add to the list of innovative ideas, here is a Dornier Do 335. Named Pfeil, or ‘Arrow’ in English, it was introduced in 1944 but was only manufactured for two years as production was stopped at the end of the war.

Do 335 main advantage was its unique engine placement at the front and the back rather than on both wings.

The plans for the plane were actually drawn up during World War I by Claude Dornier. Too busy to pursue the idea, the plans didn’t come to fruition until 1939. What gave this plane a top speed of 474 miles per hour was the fact that its two propellers were placed on the front and back of the plane which were powered by two separate engines. Increasing power, this design also reduced drag which led to a higher speed and increased maneuverability. Overall, only 37 of them were produced.