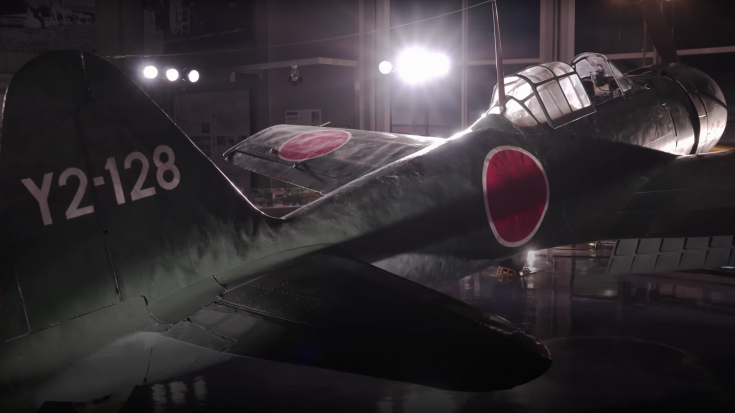 Designed by legendary engineer Jiro Horikoshi the Mitsubishi A6M Zero was the centerpiece of the Japanese Air Force. These fast and agile fighters were fierce killing machines in the hands of their pilots who dominated American fighters with kill ratios reaching as high as 12 to 1.

Capable of speeds reaching as high as 330 MPH they easily outpaced American fighters during the early days of the war over the Pacific, but it didn’t take long before the Allied Forces began finding vulnerabilities in this remarkable plane. One key weakness was its lack of maneuverability at high speeds forcing the to A6M Zero to attack in straight lines, the other shortcoming was the inability to dive quickly due to the risk of its wings being ripped off during high-speed dives. American engineers soon exploited these weaknesses and began producing better planes that the Japanese were unable to compete with.

“The Japanese government didn’t care if the pilot survived. They were looking for climbability and maneuverability.”

An estimated 11,000 A6M Zeros were produced during WWII, a number far beyond any other Japanese fighters yet this plane remains an absolute rarity with only a handful of non-replica models still in existence. A6M Zero designs nearing the end of WWII were different from other previous models because they had no bulletproof glass, no self-sealing fuel tanks and a very fragile frame.

By 1944 the A6M Zeros weren’t meant for dogfights, they were meant for suicide missions. The video that follows shows the last existing A6M3 model on earth and the painful story of the men who piloted the plane that once ruled the skies over the Pacific.