Volunteer Cleans Forgotten Veterans’ Graves And The Results Are Beyond Emotional 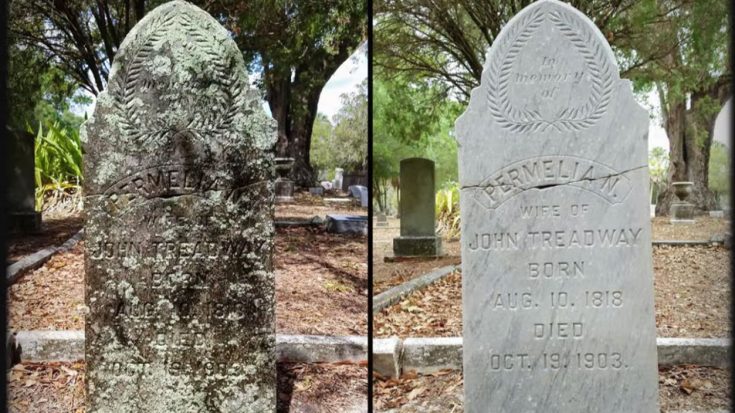 Nobody is ever in good spirits when visiting a cemetery, but one may argue that you can get even sadder when seeing old, neglected gravestones that have been forgotten.

There’s just something extra sorrowful about it when you think that these people, though already departed, have no one to look after them and the memory of them is fading as fast as the stones that lay over them.

Noticing just that back in 2011, two people, Andrew and Jen, decided to do something about it. Not knowing anything about tombstone restoration, they researched it as much as they could (you wouldn’t want to permanently damage someones tombstone of course) and found a very environmentally friendly solution to restoring them back to their former glory.

To date, Andrew claims he restored between 500 and 600 gravestones.

Now that they’ve been doing this for over 7 years, they started a blog and Facebook page called The Good Cemeterian. This name came out of them being featured on their local news station in Tampa, FL, after which their work exploded. They got over 12 million shares on their story just a week after the segment aired.

The best part of this story is that since their Facebook page and blog describe what they do in technical detail, many others got inspired to go to their local graveyards and do the same.

How’s that for making a difference?