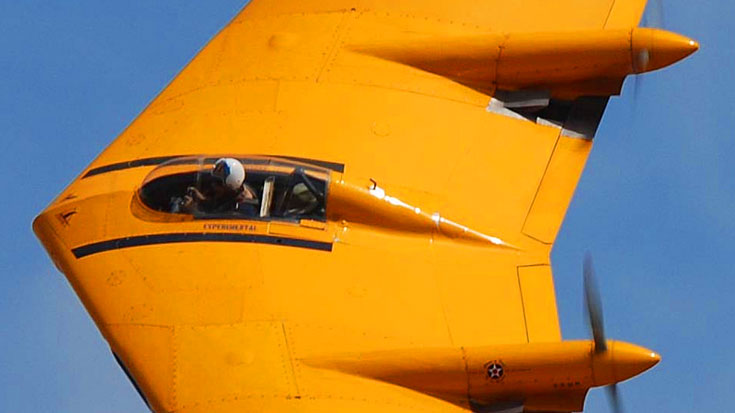 When you think of the flying wing often the first plane that comes to mind is B-2 stealth bomber or the German secret plane the Horten Ho 229. It is not commonly known that the United States tried its hand at developing their own flying wing during WWII. The result of that development is the Northrop N-9M. 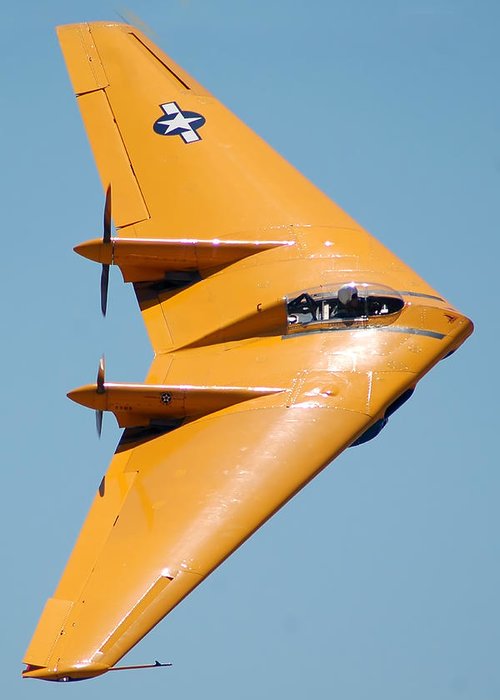 The N-9M was designed by the Northrop company in the early 1940s, emerging from a contract to create a long-range bomber. Jack Northrop believed that aviation needed to steer towards the flying wing design to reduce drag, create lift and improve overall performance. The Northrop N-9M made its debut in December 1942 at Muroc Dry Lake Bed (later Edwards Air Force Base). The N-9M went through several hundred hours of flight testing over the course of three years, even being piloted by Bob Hoover and Chuck Yeager.

“The flight control system consists of a conventional control wheel connected to elevons and rudder pedals operating split trailing-edge rudders independently. Elevon surfaces (combined elevators and ailerons) are deflected together for pitch control and differentially in opposite directions for roll control.”

In many ways this the N-9M is the great grandfather to the B-2 Spirit, although it the program only prototypes. After 13 years of restoration of an original Northrop N-9M has been brought by to life by the team at Planes of Fame. Check out this video which includes a brief talk on the restoration and history of the N-9M and then see it flying.