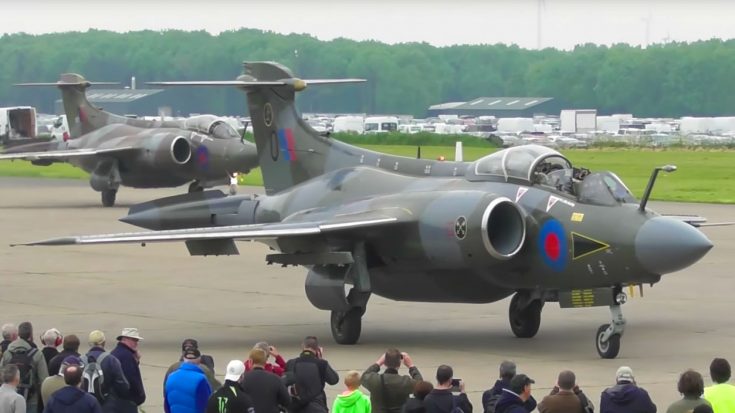 Far ahead of its time and easily one of the best-looking jets ever made, the Blackburn Buccaneer work of art. During the Cold War, the Buccaneer was operated by the Royal Air Force as a nuclear bomber. The Bucc is rarely seen these days but two of them appeared at the Bruntingthorpe Air Show.

Unlike other bombers, the Buccaneer is incredibly agile and able to operate at low altitudes in order to evade enemy radar detection. Equipped with heavy armor plating to resist damage from enemy attacks and impact from its 2,000 lb Red Beard nuclear bomb. 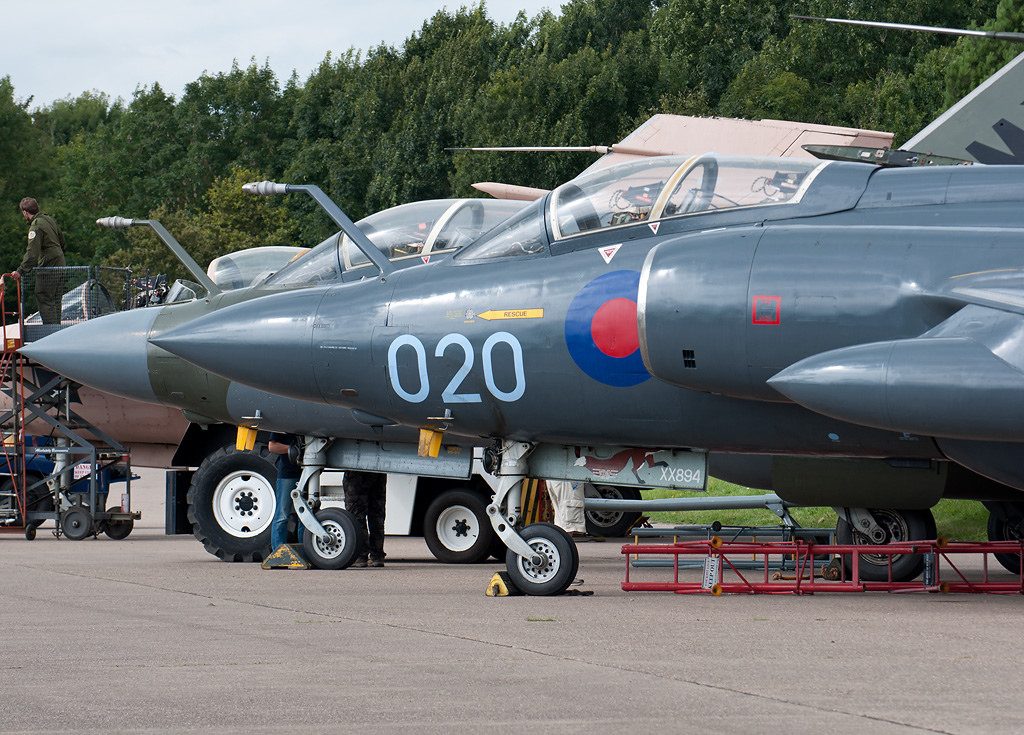 “The Blackburn Buccaneer S.2 was a two-seat, low-level, strike and reconnaissance aircraft of all-metal, stressed-skin construction, powered by two Rolls-Royce RB Spey Mk.101 turbofans, delivering 11,100 lb thrust. It had a maximum speed at sea level of 690 mph (Mach 0.92), a tactical radius of 500-600 miles and a range of 2000 miles.”

It was essentially a perfect jet for bombing attacks, get in, make the hit and get out while being able to take attacks. Despite being over 50 years old this jet is still comparable to many frontline aircraft in air forces.

Originally there 211 Buccaneers were built and around 30 still survive, most of them on static displays. Recently the Bruntingthorpe Air Museum celebrated a day celebrating jets of the Cold War and two Buccaneers made an appearance. Seeing a single Bucc is a treat but two at once can’t be missed.