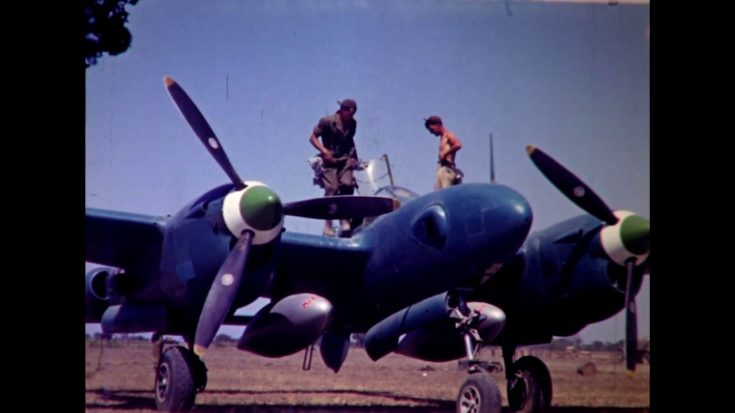 There isn’t a lot of stock footage from the P-38 available these days. Thankfully, this restored video of a P-38 offers us a quick glimpse into how it was maintained in Akyab, Burma from 1944 to 1945.

Technically, this P-38 was either an F-4 or an F-5 because there are no weapons visible for it to use for combat. These variants were widely used for photo reconnaissance missions with their K17 cameras. It saw huge success in the China-Burma-India Theater of Operations.

According to the uploader, Sensei Productions, this was shot by his grandfather Robert Travis Keagle. The WWII veteran was stationed in Burma and brought along a 16mm film camera with him. Keagle’s job was to develop reconnaissance films for the Army during the war.