US Navy Unleashes Their Most Powerful Submarine – This Damn Thing Is Enormous! 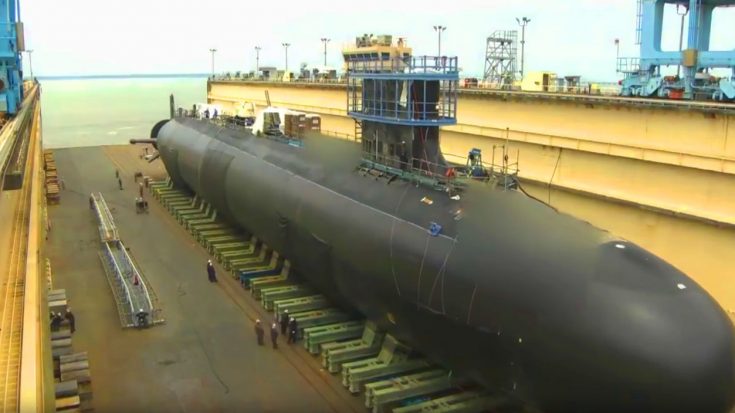 The United States Navy is constantly improving their fleet with more powerful aircraft and vessels to keep the seas safe. In recent years the oceans have seen the Gerald Ford-class Aircraft Carriers, Littoral Combat Ships and the skies have been introduced to the Lockheed-Martin F-35C. But underneath the waves, the US Navy has something bigger and more powerful awaiting, the Virginia-Class Submarine.

These massive vessels have been in the works for some time and are set to replace the Seawolf-class submarine as cheaper and more effective alternative. Construction began on these subs back in 2000 and so far 14 of them have been completed with another six under construction.

“Additionally, through the extensive use of modular construction, open architecture, and commercial off-the-shelf components, the Virginia class is designed to remain state of the practice for its entire operational life through the rapid introduction of new systems and payloads.”

Moving at speeds above 25 knots the Virginia-class can gain momentum quickly for a submarine of its size. The latest models of the Virginia-class are even equipped with Tomahawk Missiles for longer range attacks. For surveillance, the sub uses photonic masts and infrared digital cameras to retrieve data, oddly enough these systems use controllers from a Microsoft XBOX video game console.

To get a sense of how big the Virginia-class submarine really is, take a look at this video from Huntington Ingalls Industries at she gets her toes wet for the first time.