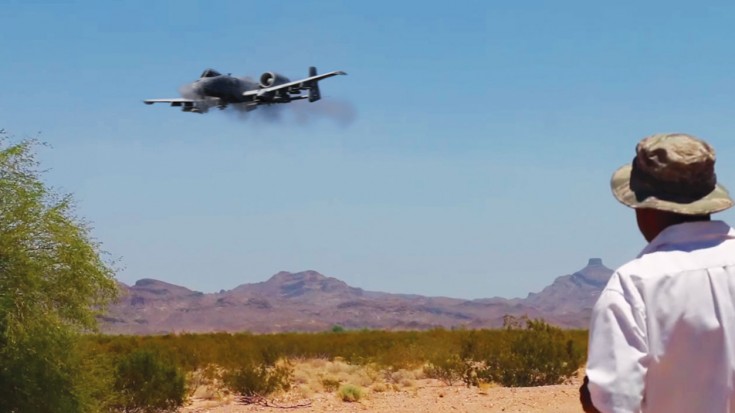 This, for many, is one of the most exciting aviation events you can attend. Sure, the Blue Angels and Thunderbolts are awesome to watch, but this is different. We’re talking of course about Hawgsmoke.

This biennial event is not your standard airshow that you’re use to. This is actually a competition which pits different A-10 squadrons against each other and tests their strafing and bombing abilities. Yup, when you go there all you see and hear is Warthogs ‘brrrrting’ targets and firing missiles. The squadron that shoots closest to the targets wins. Doesn’t this sound like the best time ever?

This year, the 47th Fighter Squadron won the competition for the second time in a row.

This year there were 13 teams competing, which were comprised of 48 A-10s all together. The goal of this year’s competition was to “focus on…precision engagement and the ability for a four-ship of A-10s to mass fire in a short amount of time,” as stated by Lt. Col. Brett Waring who was overseeing the event.

When it comes to the footage you’re about to see, it was expertly captured by a Youtube channel called AirshowStuffVideos. Avid aviation fanatics, these guys have been filming airshows for over a decade. No shaky footage and no wind noise. They know what they’re doing and only bring us the best these shows have to offer.

As for the winners, there are many categories such as top tactical team, top pilot, long range strafe and so on. The top overall team however, was the 47th Fighter Squadron from Davis-Monthan Air Force Base.