What It Takes To Restore The World’s Only Airworthy Stuka 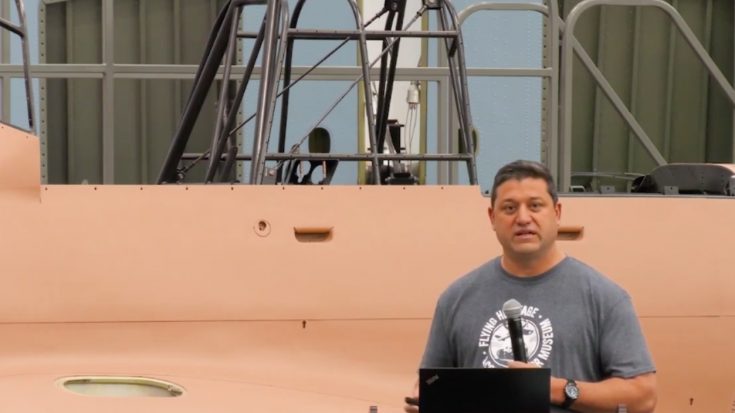 So you want to restore a Stuka to flying condition? Where do you even begin when there are only two complete examples in the world…and none of them fly?

The Flying Heritage & Combat Armor Museum team has been tirelessly putting a Junkers Ju 87 R4 back together again. If it sounds hard, well, it’s ten times harder than that! Here’s a peek into what the process has been like for the incredible team.

“Anything that was good, we put back in…We’re not restoring it to be easier to use or to last longer. We’re restoring the aircraft to be exactly the way it was during WWII to the best of our ability.” -Senior Restoration and Maintenance Manager Jason Muszala

The problem with restoring a historical plane, as Jason explains, it that you need about a 5:1 ratio of components. That means that if you have 5 planes, you can maybe build one.

And so the team has collected an astonishing amount of parts. They have at least 25 pallets worth and ten engines to source from. The collectors are key. Unable to restore their own pieces, they are eager to support a team that has what it takes to get there.

This Stuka project demands accuracy down to the smallest detail. But where do they get the knowledge they need to build such a rare aircraft?

They needed data, data, and more data. The team searched for whatever Stuka finds they could get a hand on to photograph, measure, and make 3D scans from. One of their greatest assets has been the Stuka on exhibit at the Museum of Science and Industry in Chicago, Illinois.

Luck would have it that it’s an early model, just like the one the team is restoring. Opening her up and collecting data has been a huge help!

The Flying Heritage & Combat Armor Museum’s home base is in Everett, Washington. They are fortunate enough to have other experts close by in-state to work with such as Exotic Tool Welding and SunQuest, but a project on this scale, like the war it served in, is a global effort.

They send their airframes to Hungary, scan data from Illinois, get propellors from Germany, and call at odd hours to New Zealand to talk about coolers.

It’s a lot, but it’s definitely worth it. We can’t wait to see the finished project in action. In the meantime, we’re thoroughly obsessed with the incredible and challenging process.

The video below is very long, but it’s well worth the watch! At least skip around to get an idea and see some great photos of the project.