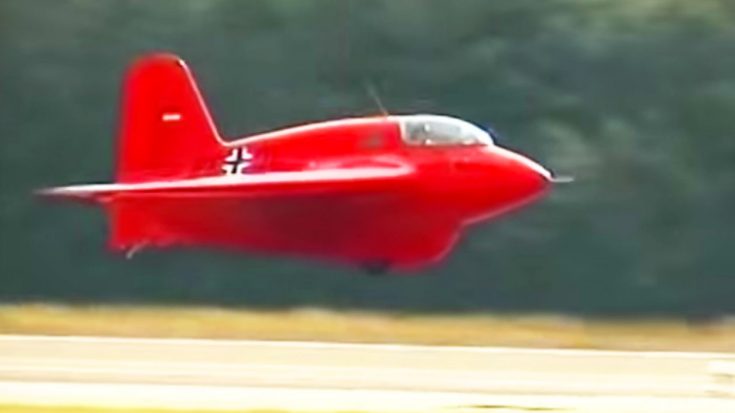 Desperate times call for desperate measures and as Germany began to lose WWII they called for a desperate Messerschmitt. In the later years of the war, Allied Forces began destructive bombing raids over German territory. Now on the defensive side, Germany developed an interceptor to quell the threat of bomber planes, the Messerschmitt Me 163 Komet.

Bombing raids could happen at any moment so the Germans needed something to get into the air fast. The Me 163 was designed with rocket propulsion to rapidly at altitude at maximum speeds over 680 mph.

In theory, the Me 163 Komet could work, but in actuality, this rocket-powered jet was a disaster. The Komet had the speed to reach bombers quickly, but it usually flew by the bombers so quickly that it didn’t even have a chance to fire on them.

The Me 163’s rocket fuel was known to cause explosions and the lack of a landing gear didn’t help the safety of the Me 163. This plane was actually more likely to kill its own pilot than the hostile planes it was targeting.

There is only flying Messerschmitt Me 163 left on earth and there are some pilots out there bold enough to fly it. So if you want to see a pilot who is willing to fly this deathtrap, look no further than this video.