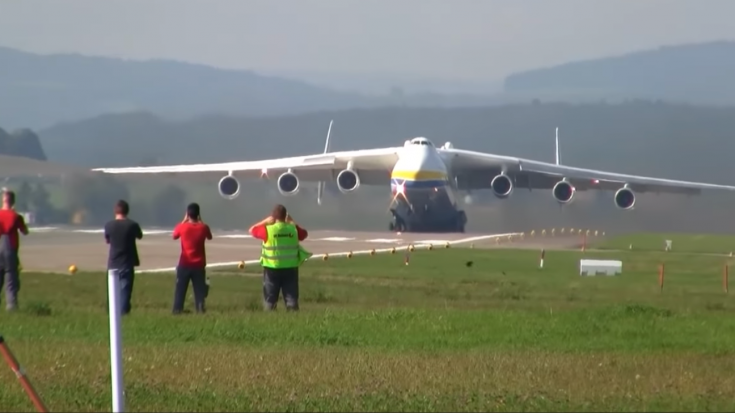 Dwarfing Boeing 747s, Airbus 380s, and even the Spruce Goose, there is not plane bigger than the Antonov An-225 Mriya. This gigantic jet holds the honors of being the heaviest and longest aircraft in the world.

The Antonov An-225 is a one of a kind strategic airlift built by the Soviet Union in 1988. Needless to say, it’s pretty big and it requires six turbofan engines to get airborne and that’s no easy task. It was built to haul some pretty hefty cargo, mainly it transported the Soviet Union’s Buran space shuttle.

The An-225 found itself in a rough spot after the fall of the Soviet Union and was without a proper job to do. It mainly just sits in an oversized hanger waiting to be used by someone who can afford its price of $30,000 per hour.

“When the USSR collapsed, the programme was shut down and the financing was closed as the need for this plane vanished.”

There are some who hope to see the An-225 return after a proposal to use it to launch spaceships, although that’s not very easy. Roughly 90% of the jet’s energy gets focused on getting it up 6 miles into the air in order to launch the spacecraft.

It is pretty rare to see this plane fly so check out this clip of the An-225 achieving flight, that sound is unreal.