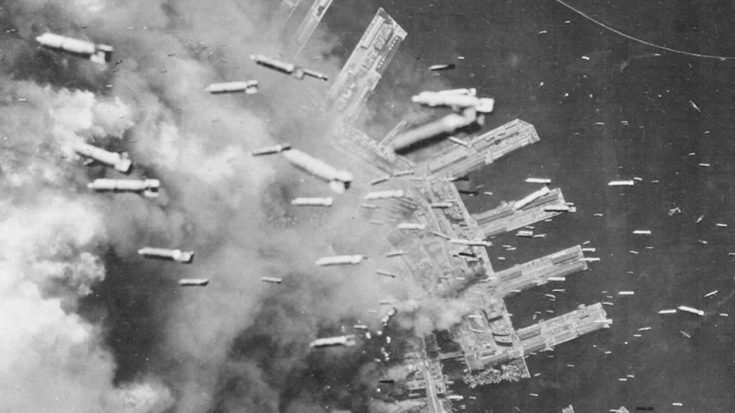 In the later years of WWII as the Americans overtook island territories in the Pacific, they knew an assault on the Japanese mainland was inevitable. Despite losing battles on land, in the air and at sea the Japanese fighting spirit was as strong as ever. Launching ground troops would have cost too many American lives instead, the US Army air force made the decision to bomb them using their new B-29 Superfortress.

The Japanese mainland had been attacked before during the Doolittle Raid, but that did little damage and was intended to distract them knowing that the Americans wouldn’t return for years. At this point, Japan’s defensive resources were dwindling, fighters at an all time low and their anti-aircraft guns unable to hit the high-flying B-29s.

“Their [B-29s] would be stripped of all guns except for the tail turret. The decrease in weight would increase the speed of each Superfortress bomber and would also increase its bomb load capacity by 65 percent, making each plane able to carry more than seven tons.”

Japan’s cities were at the mercy of the B-29 and their new incendiary bombs which were dropped by the thousands, causing Tokyo to catch fire. The infrastructure of Tokyo was made largely of wooden buildings which caught fire easily and spread the fire even faster. A firestorm broke out and 15 square miles of the city were reduced to ashes as temperatures soared about 1,800 degrees.

These B-29s caused the most deadly bombing in history with over 100,000 people killed, as opposed to the 80,000 that perished in the atomic bombing of Nagasaki. The historic raid on Tokyo was necessary in order to win the war, despite the heavy loss of life. Archival footage of the assault is seen in this clip.