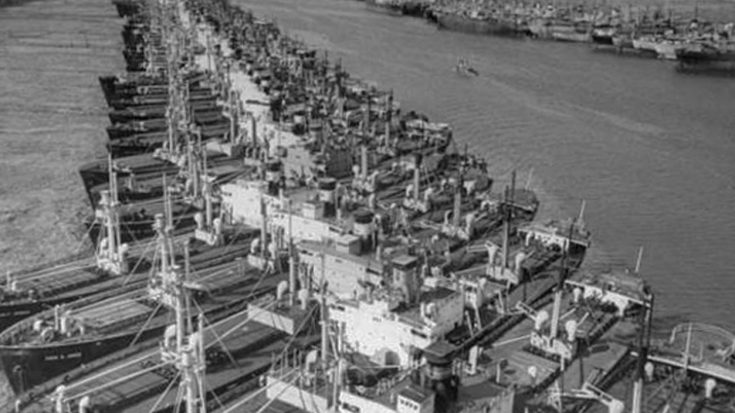 Fighting a war overseas was no easy task, but providing those soldiers with proper supplies was an even more difficult task. Nazi Germany knew that targeting supply ships would lead to the collapse of the American military. U-boats were destroying cargo ships faster than they could be produced, so a change was needed fast.

Originally cargo ships were made using a riveting process that would take several workers and a lengthy period of time to complete. Thanks to industrialist Henry J. Kaiser, he found a way to streamline the construction of ships by building large modules in advance them then fusing them together with the welding process.

“2,710 Liberty Ships were produced in the United States from 1941 to 1945 easily making it the largest number of freighter ships produced from a single design at the time and probably still to this day.”

With this advancement in welding technology, the United States was able to churn out Liberty ships from multiple shipyards. Although the Liberty Ships remained a primary target of U-boats their mass production allowed supplies to reach intended locations by sheer numbers.

“The first Liberty Ship, the SS Patrick Henry took 244 days to build and by the end the average construction time dropped to only 42 days.”