19 ft. B-17 Flying Fortress Flying Together With 6 Other Warbirds 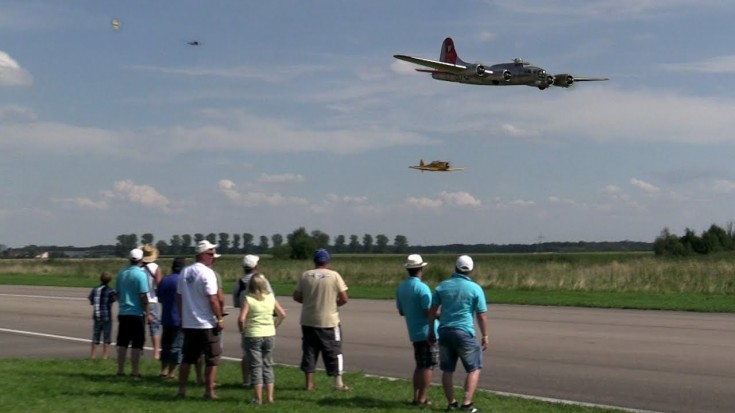 These Rc Planes Never Fail To Stun Us!

The 2013 Horizon AirMeet in Germany provided us with some great quality footage yet again. These hardcore World War II Rc enthusiasts have built some of our favorite models, including a few Corsairs, a Thunderbolt, a Texan and of course, the mighty Flying Fortress. You’ll also get a quick peek at a great looking Warhawk, but it didn’t make it too far off the ground before crashing. Too bad!

Here are some historical facts of some of these flying wonders:

These Rc pilots are true fans of these rare birds and are keeping our aviation history alive. Although not the same thing as watching real birds in action, this is still pretty darn amazing!