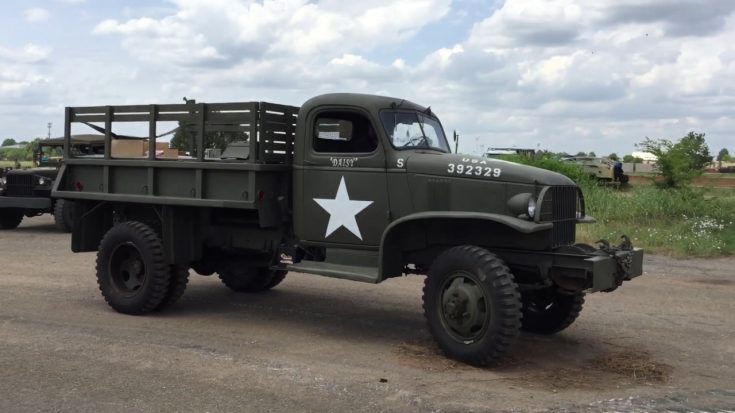 The US Veterans Memorial Museum is home to a collection of WWII-era military jeeps. Included in their display is a Chevrolet G-506 truck by the name of Daisy.

In WWII, these 1 1⁄2 ton 4×4 trucks had a lot of versions corresponding to different uses and needs in the field. These roles included ammo transport, firefighting, utility track, radio, and more.

After the war, Daisy was purchased at a surplus sale in 1946 by WWII veteran Almon McGee. The trusty vehicle was used on the McGee family farm until 2006, when the family decided to restore the truck.  Later on, they would donate Daisy to the museum in honor of Almon McGee.

Despite being 80 years old, Daisy is still operable to this day and has been featured in a lot of parades ever since.