B-17 Texas Raiders “Insiders Tour” – Nose To Tail – In Flight 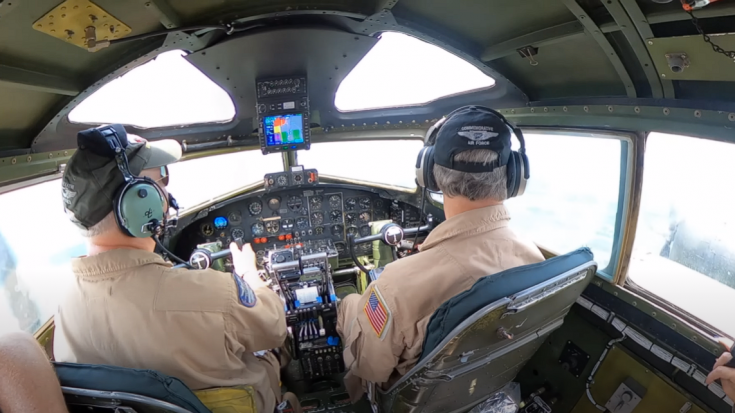 Inside The Texas Raiders

Wing Historian Kevin Michels shows us around the B-17 Texas Raiders in a video uploaded to his channel.

Michels starts the tour inside the cockpit with a view of its original instrument panel from 1945. However, it did have a couple of gauges replaced and a modern GPS on top of the ceiling.

Next, he entered the navigation room, where the radio compass, a receiver, and two machine guns can be found.
On top, the bomb bay kept one side original and the other half filled with luggage.

Michels also gave a glimpse of what the inside of a ball turret looked like. As expected, there was barely any space inside, with the two .50-cal machine guns occupying most of the space.

He closes the tour off by crawling into the tail gunner position behind the housing of the tail wheel. There, the gunner has access to ammo cans on both sides, a bicycle seat, and two machine guns.