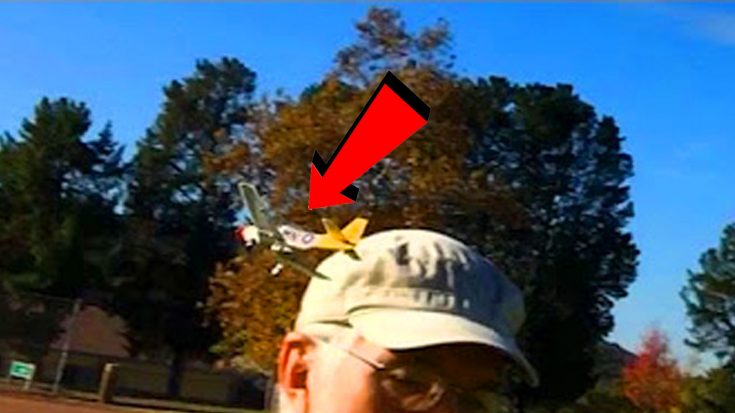 A Work Of Art.

We’ve shown you some really great World War II remote-controlled planes over the years but nothing quite like this. We’ve always focused on the sound of the small radial engines, the speed at which they fly and typically on their size. When it came to that, however, we always thought bigger was better. A B-17 Flying Fortress with a 25-foot wingspan is impressive, but in the case of this video, we went the other way.

Here, you’ll see the flight of a custom made P-51 Mustang that is smaller than a pair standard pair of glasses.

This model has a wingspan of 4.6 inches and weighs just about 3 grams. Here in the U.S., it’d be just about .1 ounces.

We found this on a YouTube channel of Martin Newell. At the beginning, he’ll explain some of the specs of his little plane and how he built it. He does admit in the description of the video that there was a lot of trial and error and he crashed this teeny thing many times, but as you’ll see, he finally got it right.

You’ve included the flight of this plane below, but because it’s so small, it’s pretty hard to see it. More interestingly, however, we put another video right below that one showing an up-close look at all the inner workings of this plane.
Can you imagine trying to finetune those tiny adjustments to make this plane actually fly well? Good job Martin!