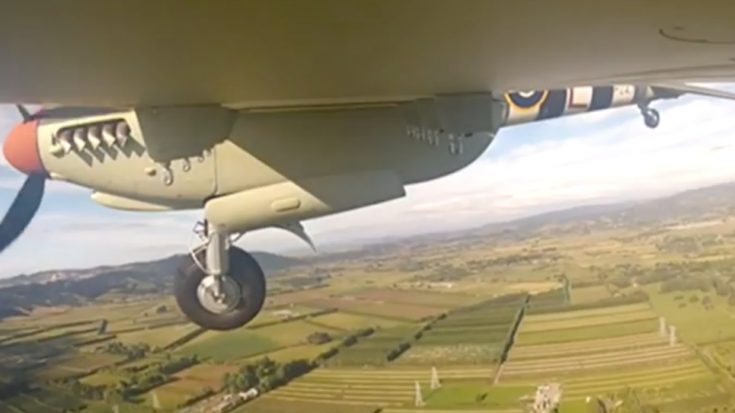 A Mosquito Gets Its Wings

On January 13th, 2019 at 11:33AM, the de Havilland Mosquito PZ474 made its first post-restoration flight at Ardmore Airfield in Auckland, New Zealand.

Revving up its powerful Merlin engines, Steve Hinton and Warren Denholm gave everyone the moment they were waiting for as they lifted into the air. Landing about 20 minutes later, they couldn’t resist taking it up for a second spin later in the afternoon.

Money Is Time – And The Mosquito Is Priceless

The project, performed by Avspecs, cost $10 million and took 5 years to complete.

But according to Rod Lewis of Lewis Air Legends, it’s all worth it. Money is time, and time spent restoring a treasure like this is time well spent. Lewis funded the project and though New Zealand will be sad to see it go, the Mosquito will soon be residing at Lewis Air Legends in Texas.

With as many vintage aircraft as there are residing at Lewis Air Legends, you know it’s something extra special when Rod says that this Mosquito is going to be one of his top 3 planes.

We wanted to make sure we showed you a video that you could also hear. You will also be able to find the news segment on YouTube, but hearing the Merlins and watching it take off and land really gives you the better experience.

A decade ago, who would have thought that there would be 3 of these beauties able to fly.

Oh yeah, and it got taxied by none other than a Spitfire. Talk about a bonus.