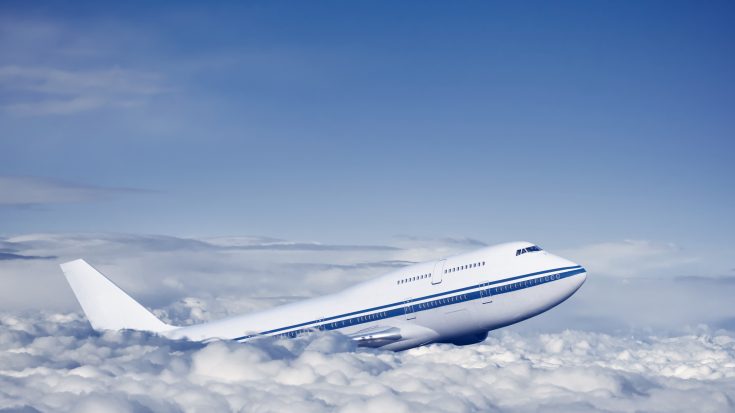 Add this to the reasons why pilots have the best jobs in the world. For one, they can travel from one side of the globe to the other all in a few hours. But traveling isn’t the only perk. They also happen to have the best views! And the following sights are guaranteed to make them smile:

1. Lining up with the runway

Ah, yes. There’s always something magical about the moment you’re about to land. To some onlookers, this might seem like a piece of cake but it’s harder than it looks – just ask any pilot you know whether they’re newbies or experienced ones. They’ll tell you one thing – it takes practice, lots and lots of it. So basically, there’s nothing more satisfying to a pilot than lining up the runway and holding that line. Even for those who have flown a hundred times, there are instances when it can be challenging and difficult. It takes a while to master this art and if they manage to do it perfectly, you’re guaranteed to see the biggest grin on their faces. Again and again, the key here is practice (though there are tips and tricks they have to learn too) which is no big deal because flying is their passion. Eventually, such skills will become second nature.

This needs no explanation. After hours of flying, the easiest and most effective way to cheer up a pilot is when he sees his smiling passengers. That’s a lot like patting him on the back and saying, “Thanks for an awesome job!” Surely, there’s no more satisfying positive reinforcement than that. It’s rewarding on so many levels. It makes all those hours worth it. It’s not easy being the one behind the controls, mind you. Some may think it’s easy steering and maneuvering an aircraft but no, it takes more than just sheer guts. Pilots have to study and learn various skill sets. And imagine hours and hours of being up in the air. It’s not always about traveling to beautiful places but it entails hard work. But you know, nothing says ‘you picked the right career and industry’ than knowing and seeing you did a great job. That ought to make anyone smile!

3. People waving at you

We’ve all probably been there. We see an aircraft pass us by and we wave, not really caring whether the pilot sees us or not. We’re literally looking up to them. And well, who wouldn’t like that? It’s a lovely sight to look at, actually. And the thing is, the pedestrians don’t know the pilot is smiling because of such simple yet fun view. How can it not cheer you up? There’s something quite cute about it – it doesn’t matter if you’re a kid or an adult, it’s as if the moment you see an airplane, you just have to wave at the aircraft and the pilot. You know, there are instances too when these pilots wave back. Well that only proves they are probably the coolest people in the world. I mean, did you see that pilot’s selfie while he was above the clouds? If you’re not a fan of selfies, that one was totally acceptable.

Don’t you just like chasing sunrise or sunsets? It’s one of the most magical, spectacular and breath-taking views ever! If you’re at the beach or on top of the mountain, you just can’t miss it. But think about it, how would it look like if you’re high above the clouds? If I have to describe it in one word, it’s EPIC. It’s like looking at nature’s masterpiece, sometimes almost too beautiful to be real. But pilots see it often. And well, it’s safe to assume they never get bored of it. It’s a must-see but not everyone gets to share the experience. It makes you think though, how surreal it must have felt the first time pilots saw it this close. When I said they have the best views, I meant it. This is perhaps the coolest, most amazing way of chasing sunsets. It just can’t get any better than this!

5. Breaking out of the clouds

Pilots all know this to be true. After a long flight and as they approach the minimums, they start seeing the runway’s outline. How to best describe this? It’s a lot like working for extended hours on a holiday, then finally going home and seeing the faint traces of Christmas lights in your house. Yep, that’s something to make anyone happy. So as you can see, it’s the exact same feeling for pilots when they start seeing the runway, albeit faintly at first. For some, it’s even exciting and gets them pumped up for the landing. These are one of those times when they can say they chose the right industry. It’s when they can find happiness even in simple moments, right? Any pilot will tell you that no matter how grand others seem to think of their ‘job,’ it’s always the little things that matter. Yes, every single time.

City skylines at night look spectacular to say the least. If you’re looking from a tall building or better, a rooftop, you can’t deny how breathtaking and mesmerizing it is. What more if you get to fly over it? I guess it’s all about perspective. You get a view most people can only dream of. Just think about it, how would it look like at more than 2000 feet? It’s going to blow you away. We only see such scenery in photos or wallpapers. But pilots? They get to experience it. Let’s admit it, how can anyone not love a job with such stellar views? Again, it’s one of those perks and little rewards you get as a pilot. You fly from one place to another, have a second home, get to meet new people regularly, enjoy your work and of course, get to experience the seemingly endless array of beautiful views.

For pilots with evening flights, one of the things they look forward to seeing is the array of lights in the runway. Airports and runways look magical at night. You see, pilots do challenging work every single time. From strong winds and turbulence to unpredictable weather, there are so many things they need to think about while flying the aircraft. It’s not as easy-peasy as we think. Do you know what else is awesome aside from this stellar sight? Pilots get so much ‘thinking time’ at 2,000 feet. While people like us often enjoy quiet time while looking out the window, pilots do the same thing too but through the cockpits. Now tell me if that isn’t the best thing ever. So yes, their views are different and way better than ours. Lol. And the next time when you’re on an evening flight and you look out and see the lights, you can start envying the pilot.

8. Watching their favorite aircraft up close

Every pilot has their favorite aircraft and watching them up-close or much better, land on the runway before they do, that’s totally priceless. There are pilots who started loving aviation because of a specific plane. And more often than not, each time they get a glimpse of that bird, a smile spreads across their face. Some think that ‘bigger is better’ especially when it comes to commercial airlines but there are those who like the smaller ones because it’s more fun. There are also pilots who prefer those which are fast, sturdy and powerful. Either way, there’s something nice about watching them land before you do. It’s almost surreal because they only used to dream about it. Then suddenly, they’re there just holding short of the runway. That’s the perfect sight – something not everyone gets to see. The thrill and excitement – those are all indescribable. Yes, ladies and gentlemen, pilots have the time of their lives!

Pilots have a certain unusual sense of freedom. It’s just different when you’re up in the air. You are literally on top of the world. Being a pilot is never dull. It’s constantly challenging. But aside from all that I’ve mentioned, you know what else never fails to make them smile? It’s the view of peaceful skies. When you look at the clouds from the ground, you get some sort of feel-good vibe. There’s no way you can stare at that view and not feel relaxed. So how do you think the pilots feel when they have this view up close? It’s too beautiful and peaceful. It’s the kind of panoramic scenery we all want to witness. It’s no wonder it’s one of the things that cheers them up. So, do you feel like becoming a pilot now? Because I just can’t help but feel so jealous, they have the best job in the world!