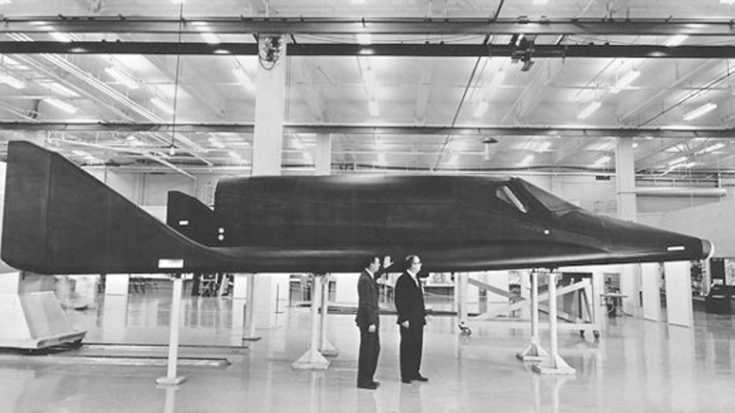 In the 1950s as the world advanced into the Jet Age, it became clear that the sky wasn’t the limit. Research for aircraft traveling at hypersonic speeds gained traction in 1954 with the introduction of the X-15 rocket. America wanted to take its hypersonic technology into space and began to design a prototype space shuttle, the Boeing X-20 Dyna-Soar.

It earned the nickname “Dyna-Soar” from its dynamic soaring ability. The X-20 was designed by Dr. Walter Dornberger who led Germany’s rocket program during WWII. Dornberger was taken to the United States along with several other German scientists to began research on what would eventually become the Space Program. Dyna-Soar was envisioned to serve a variety of roles including intercepting enemy satellites, reconnaissance and for bombing missions.

Being the first manned spacecraft safety rather than a remote-controlled ship safety measures were brought into play. The speeds reached by the X-20 were expected to reach Mach 18 and bring intense heat and new materials were needed to endure such high temperatures. As the project progressed a test pilot named Neil Armstrong joined the program to give his input toward safety procedures.

“Armstrong focused on using Dyna-Soar’s engine and aerodynamics as a pilot’s chief ally in escaping an exploding rocket. Knowing the engine could accelerate the glider 1,000 feet every 10 seconds, he figured he could quickly fly to a safe altitude that would give him plenty of time to find the ground and guide Dyna-Soar to a safe landing.”

Despite the many innovations brought by the X-20, the program was canceled in 1962. Many of the Dyna-Soar’s designs went on to influence the space shuttle and in this rare video, you can see Neil Armstrong undergoing trial tests.